'You're trying to kill me,' Man says he was beaten by Baytown officers over prescriptions 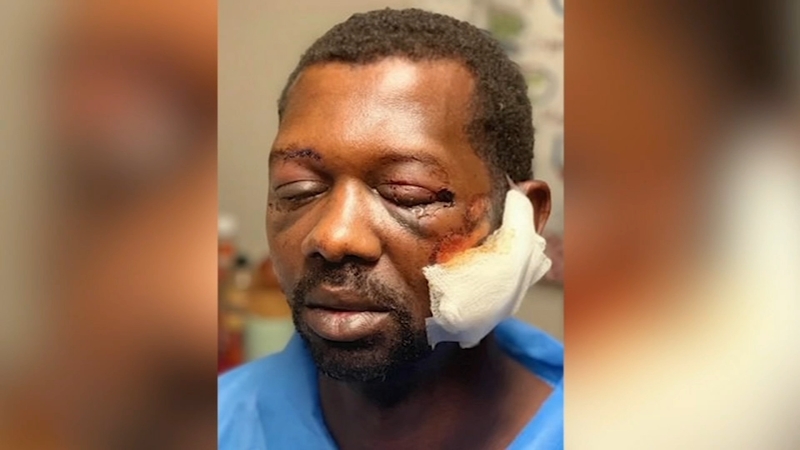 Man says he was 'beaten into submission' by Baytown PD

BAYTOWN, Texas (KTRK) -- Baytown police released body-worn camera video of an arrest during which a man says he was "beaten into submission."

Thursday evening, the department released six minutes and 48 seconds of the July 6 arrest of Kedrick Crawford, in the "spirit of transparency and to add some context."

Baytown police say Crawford was acting suspiciously late Saturday night when he was parked in an H-E-B parking lot on Garth Road. They asked for consent to search his car.

He gave consent and within five seconds of asking when he can go, he was being taken into custody.

"When am I free to go?" Crawford asked one officer.

"Whenever man, whenever," the officer replied.

The officer then asked Crawford to put his hands behind his back. Police say he was resisting and not complying with orders.

Officers used a Taser on him multiple times because it was ineffective, police said. It took them about four minutes to get both hands in handcuffs.

Crawford showed ABC13 the gash on his face, scrapes and severe bruising he suffered from the struggle. He says the officer used excessive force.

"They don't have an excuse to beat a man into submission, period," Crawford said. "I didn't have a weapon."

Crawford was not armed. Baytown police say pills the officers found in his trunk appeared to be packaged to sell. According to Crawford, they were antibiotics he was prescribed for a spider bite. That is why he was being handcuffed.

"It's hard to tell why it went from 'You're free to go' to 'You're getting handcuffed,' and the video doesn't tell you," said Tony Leal, the former chief of the Texas Rangers, who now owns a private security firm.

"People say (the) video doesn't lie, but it doesn't tell the whole story sometimes," Leal said. "In this instance, with one bodycam, the officer is engaging, but there are other officers doing other things you don't see. It's going to be up to the officers to show what we didn't see."

Baytown police say an internal review is underway, as is standard with all use of force events.

Crawford was only charged with aggravated assault on a peace officer. Police say he scratched an officer.

Crawford has not filed a formal complaint. The officers continue to work their normal duty assignments.