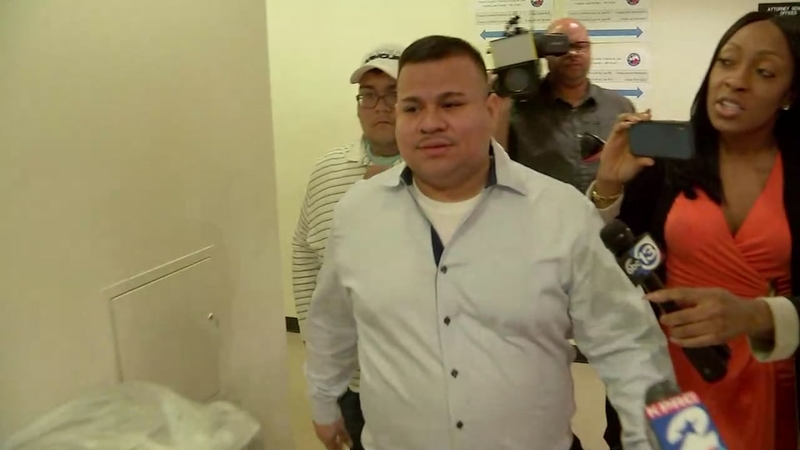 One by one, each of the employees walked into court silently, with no comments in regard to the accusations made against them.

BACK IN COURT: Bar employees charged for serving a 19YO nearly a dozen drinks. Procsecutors say he left bar visibly DRUNK, got behind the wheel before crashing into/killing a 23 yo mother and injuring her 1 YO son. Still... nothing to say #Abc13 WATCH:https://t.co/z1wGEUlpHm pic.twitter.com/h1rx9rcw7U

One of the accused employees present in court was the bar's manager, Gustavo Tejada.

Why was a bar w/o a liquor license serving liquor to 19YO? Workers & Manager now charged because prosecutors say teen left the bar drunk & hit/killed a 23 YO mom. I asked the bar manager Mr. Tejado how this happened this morning as he was leaving court: https://t.co/z1wGEUlpHm pic.twitter.com/7ixejCWwww

Authorities arrested four servers and Tejeda after 19-year-old Erick Hernandez was allegedly served alcohol at the Frontera Events Venue before causing the crash that killed 23-year-old Taylor Phillips.
Investigators with TABC and the Harris County District Attorney's Office led the investigation into the South Houston bar.

Authorities arrested four servers and one manager who are all employees at the Frontera Events Venue in the 12000 block of Houston Boulevard.

Just last week the five employees walked out of jail after spending a night behind bars.

The employees are all charged with various Class A misdemeanor liquor violations.

Names of the bar employees charged:


Last week, prosecutors said a video from inside the South Houston bar shows Hernandez consuming drinks for six hours, before getting into his truck.

Court documents also showed that the bar did not have a liquor license with the State of Texas. The bar was only permitted to sell beer and wine.

The young mother was killed after Hernandez allegedly crashed into her vehicle Monday morning.

Authorities said Phillips was driving an SUV with her mother and 1-year-old son inside when Hernandez crossed three lanes of traffic and slammed into Phillips head-on.

Surveillance video from a nearby auto repair shop shows the deadly wreck.

Hernandez is charged with intoxication manslaughter.