Inside look into the Bandidos biker gang 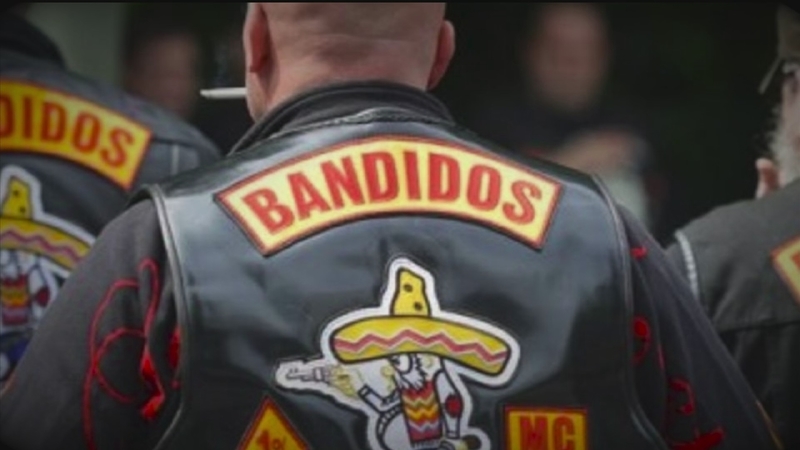 Inside look into the Bandidos biker gang

SAN LEON, TX (KTRK) -- If there is a biker gang with a ruthless reputation, the Bandidos are it.

"They're always outlaws. That's what they are all about, outlaws," said San Leon resident Rick Shannon. "Doing whatever is wrong, selling drugs, prostitution, that's what they're all about.

The Bandidos' beginnings date back nearly 50 years, tucked away on the edge of Galveston Bay. San Leon is home to the notorious biker gang.

Eyewitness News paid the town a visit, and every establishment we entered and every person that we spoke to said the area was outlaw territory and told us to watch our every move. Forty years ago, the Bandidos were known as the Terrors of Texas, and that has not changed, they said.

"I'm telling you guys seriously. You guys don't want to be down here," said Sanchez, a member of the Bandido gang.

Sanchez is on probation from the motorcycle club, but would not tell us why. He did tell us that the area was too dangerous for us to be there and suggested that we leave.

But we didn't. In fact, we walked into a few popular biker bars in the tough town. We asked some patrons to describe the Bandidos, and one word we heard was ruthless.

"Bandidos know where everybody lives and whose everybody in every house. It's their territory. It's their property," Sanchez said. "If you guys spend too much time down here, trust me, they're going to know where you live."

One insider told Eyewitness News that after the deadly shootout in Waco, the Bandidos are now at war against any biker gang they think may be invading its territory.

"I think the potential for more violence is there," said former Bandido Edward Winterhalder.

Winterhalder is a biker gang expert after riding with the Bandidos for decades. It's all a turf battle, he says.

Skip Hollandsworth knows the inner workings of the gang after writing a feature story on them for Texas Montly Magazine.

"There will be a revenge. The war is not over," Hollandsworth said. "It could be a long time before you see some sort of retribution, but you'll see it."