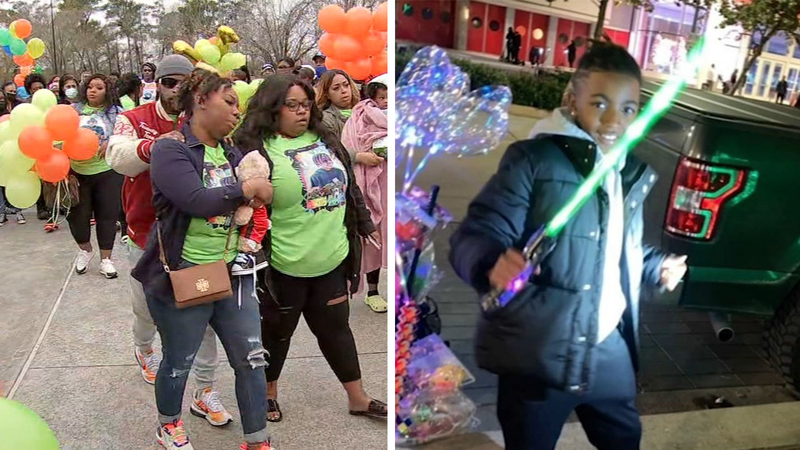 Loved ones honor boy killed while getting coat from mom's car

Darius was shot and killed outside a northeast Harris County apartment complex while going to get his coat from his mother's vehicle on Feb. 3.

"He just touched the heart of everyone because he was very wise before his time," Brenetta Francis said about her son, Darius. "He had a smile that would light up the room, and we're going to honor him the best way that we can."

Francis said her son was a 6th grader at the Dr. Gerald D. Cobb 6th Grade Campus and played in the band.

"I just want everybody to know Darius was a positive person," Francis said. "He would not want us to be sad. He would want us to celebrate his life and just make something positive out of this."

Francis said Thursday evening at about 6 p.m., they had just received a notification from their school stating it would be closed due to inclement weather and the family was planning on spending the next couple days bundled up at home.

"My son's clothes, his night clothes are still in the restroom, on the restroom counter," Francis said. "He just wanted to get settled. That's all he was doing."

Francis said her son went downstairs to get his remaining items out of the vehicle sitting in the parking lot of the northeast Harris County apartment complex.

Dugas' family believes the 11-year-old was shot before he was able to get the items he intended to get out of the vehicle.

11-year-old shot to death in NE Harris Co. after going outside to get jacket from car, sheriff says