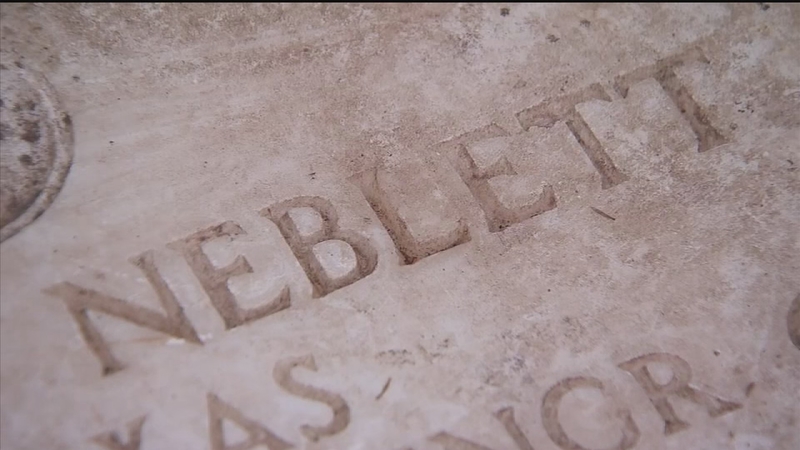 HOUSTON (KTRK) -- A backyard discovery has a southeast Houston couple now searching for the history behind it.

In their quest to renovate their 1920s home on Riverside in the Third Ward, Jose and Jonathan Clark have found a lot of little gems, but one now trumps them all.

"I was just raking some of the leaves off to start digging a hole and there it was," said Jose Clark.

"Who knows how long it's been there?" asked Jonathan Clark.

Once satisfied there wasn't a grave site, too, they wanted to know who Ernest Neblett was.

We did quick search to find Neblett was buried at Golden Gate Cemetery on Hirsch Road in Northeast Houston in 1950. The Clarks believe he was related to the previous homeowner and would like to return this piece of their history.

"It would be really nice to get it back to the family. Otherwise, we're remodeling the house, trying to restore it to the original state. So it would be a piece of history that comes with the house," said Jose Clark.

Eyewitness News reached the previous homeowner who told us her father bought the house for her mother on her mother's birthday in the 1960s. She believes Ernest Neblett was her grandfather's brother. She's going to do some research but tells us her family would like to have the tombstone back.