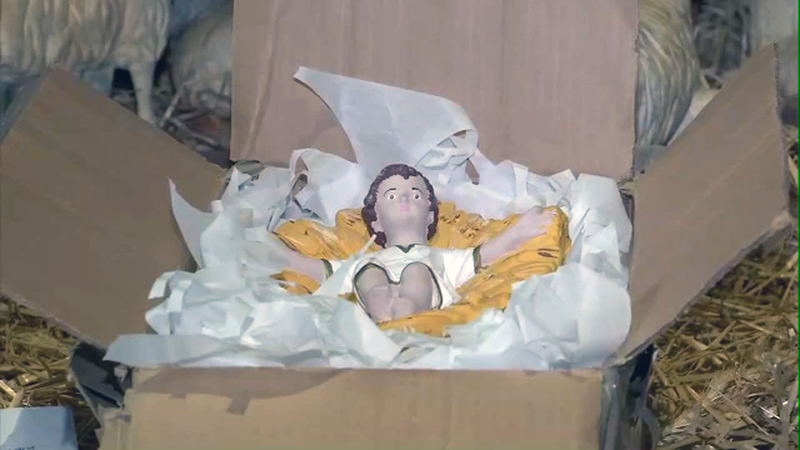 Jesus statue stolen from NJ church in the 1930s back home

HOBOKEN, New Jersey -- A baby Jesus statue stolen from a church in the 1930s is back home this Christmas Eve.

For nearly 90 years, the statue had been missing from the Nativity at Our Lady of Grace Church. But now, it will rest in the box in which it was mysteriously shipped back a few months ago.

"Since it came in what looks like a manger, and paper is like hay, it looks authentic to keep it in that way," Father Alex Santora said. "Because that's how it was returned to us."

The statue was returned in a box shipped from Florida, along with an anonymous letter stating it had been stolen and should be returned to its rightful owner.

"Absolutely, we forgive them," he said. "This really something special that the baby Jesus comes back."

And redemption is what the anonymous sender seemed to be after. Father Santora said the person who returned the statue has since sent more unsigned letters.

"Two hand-written notes from Florida, I think from the family, but talking about how they love the church and regret if they hurt anyone," he said. "They never meant to do any harm."

During the Christmas Eve Mass, the baby Jesus was in its manager for the first time in almost nine decades, a wrong made right with a message for all.