'Oh my God, what did I do?' Cafeteria worker charged in crash that hurt student 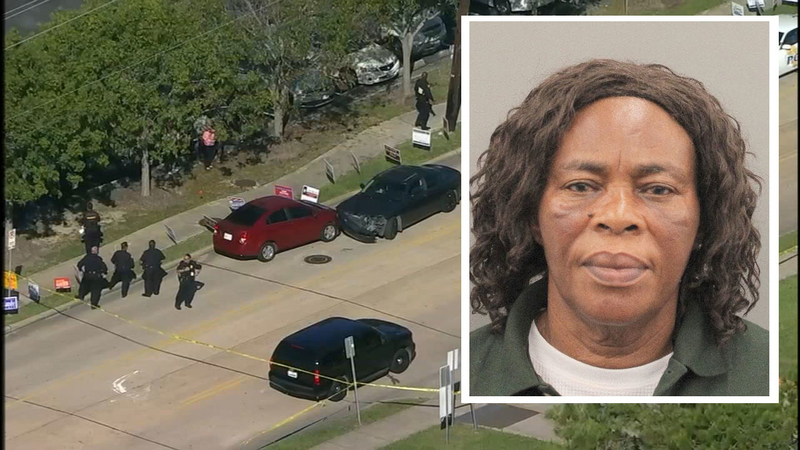 Police told ABC13 surveillance video of the crash from Elsik High School shows a group of several teens on the sidewalk, crossing the street shortly after school let out.

About a minute into the video, Iheagwam is seen driving east on High Star Drive at an estimated speed of 45 to 50 miles per hour in a 20 mile per hour zone, according to police. Iheagwam reportedly struck Velazquez and then hit a gray Dodge car.

"That's when I grabbed onto my steering wheel. I immediately knew that she was going to hit me," he said.

Just seconds before Iheagwam allegedly struck the former classmate of his, Pineda said he saw him fly up in the air.

Today during dismissal a Hastings HS student was struck by a car driven by an AISD employee on High Star. The student sustained critical injuries. Vehicular assault charges were brought by Harris Co DA. We ask for your thoughts & prayers for the student’s recovery.

Investigators from Alief ISD were on the scene, along with HPD and the Harris County District Attorney's Office.

*CORRECTION: On scene Vehicular Crimes investigators say the injured victim was transported to Memorial Hermann Southwest Hospital in critical condition. This is not a fatality crash. More information will be posted as we receive it. #hounews https://t.co/035UNYr3FS

Velazquez was taken to Memorial Hermann Southwest Hospital in critical condition, according to police.