9-year-old trampled at Astroworld dies from his injuries, family says 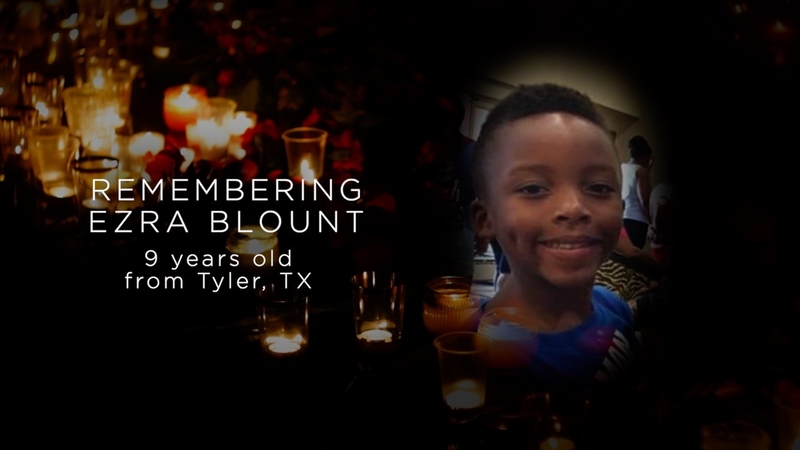 9-year-old trampled at Astroworld dies from his injuries, family says

HOUSTON, Texas (KTRK) -- The 9-year-old who was on life support for days after he was injured at Travis Scott's Astroworld music festival has died, according to his family.

"He was so stoked. He was ready to go," Treston recalled.

Treston held Ezra high on his shoulders as the countdown began to Scott's performance at NRG Park on Nov. 5. The pair stayed toward the back of the crowd because Treston said he thought it would be calmer. But as soon as Travis Scott took the stage, he said that's when people started pushing.

Treston lost consciousness and Ezra fell to the ground. At the mercy of concertgoers, the 9-year-old was trampled.

When Treston regained consciousness, he could not find his son anywhere. He rushed to on-site medic tents, as well as several hospitals. After filing a police report, he later received a message from an officer that included a picture of Ezra.

When he got to the hospital, Treston learned Ezra's major organs had been damaged, his brain was swollen, and he was on life support.

"The Blount family is grieving the incomprehensible loss of their precious young son. This should not have been the outcome of taking their son to a concert, what should have been a joyful celebration. Ezra's death is absolutely heartbreaking. We are committed to seeking answers and justice for the Blount family. But we stand in solidarity with the family, in grief, and in prayer."

The death toll from the concert is now 10. Eight of those victims were pronounced dead the night of the concert.