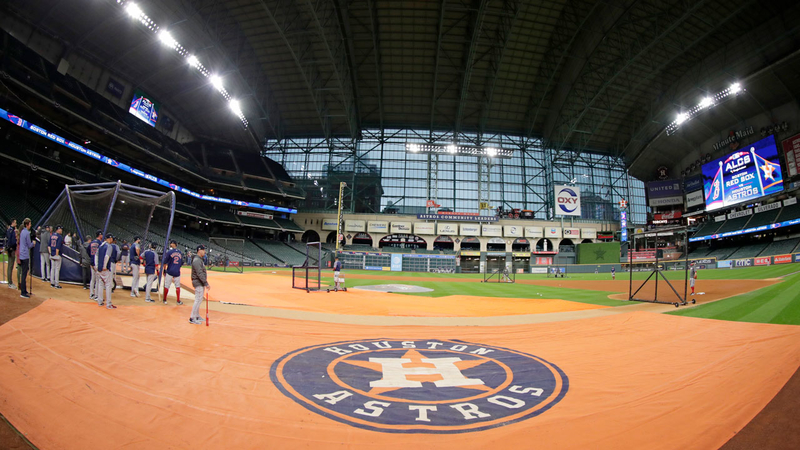 HOUSTON, Texas (KTRK) -- City leaders are considering an ordinance that would ban the Houston Astros and its employees from using smokeless tobacco at Minute Maid Park.

The proposed ordinance backed by The Campaign for Tobacco-Free Kids and the MD Anderson Cancer Center is gaining traction because of its unique approach to a long-standing problem: keeping kids off tobacco products.

The ordinance would not apply to the fans in the stands, but to players and members of the Astros organization.

Supporters including Major League Baseball Commissioner Robert Manfred have signed off on the measure in hopes it will keep kids from getting hooked.

The Campaign for Tobacco-Free Kids says scientific evidence supports focusing on the players rather than MLB fans, since they are the role models and heroes of children across the country.

By shielding children from players using smokeless tobacco, the campaign says it hopes to improve the health of the next generation of Houstonians.

The CDC reports high school athletes use smokeless tobacco at nearly twice the rate of non-athletes, and smokeless tobacco use among athletes increased more than 11 percent from 2010 to 2013, even as smoking rates dropped significantly.

Smokeless tobacco can cause the formation of highly lethal oral, esophageal and pancreatic cancers, the CDC reports. Tobacco use is the number one preventable cause of death in the United States.