George Springer made an Astros beer, but you can't drink it yet 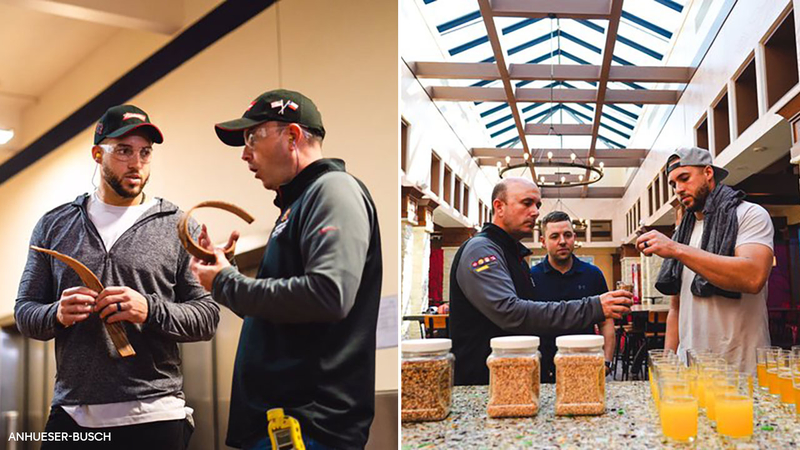 HOUSTON, Texas -- When it comes to athletes chasing championships, the standard advice is not to show too much emotion. Act like you've been there before. Be in the moment.

Definitely don't do anything as audacious as plan for a celebration. Baseball players are notoriously superstitious; participating in an activity that anticipates victory could be seen as jinxing a team.

Either nobody told George Springer those unwritten rules or he doesn't care about them. The Astros all-star right fielder has a special brew in the works if the Astros win another title.

Springer served as an "honorary brew master" at Anheuser-Busch's Houston brewery. Working with AB brew master Rich Cooper, Springer helped create a special batch of Budweiser Championship Reserve. If (when?) the Astros win the World Series, kegs of the beer will be tapped both in the Astros' locker room and at about 20 bars across the city.

Head to our partner CultureMap Houston for what goes into the Springer-made brew.

MORE ABOUT THE "TAKE IT BACK" ASTROS: