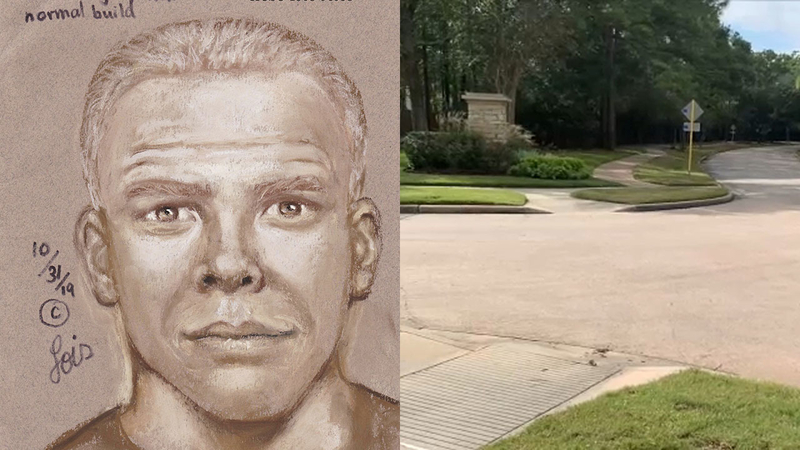 CYPRESS, Texas (KTRK) -- The Harris County Sheriff's Office is asking for the public's help to find a man accused of abducting, assaulting and raping a 15-year-old girl while she was on a walking trail in Cypress.

It happened in May along a walking trail in the Longwood Village neighborhood, but a sketch of the suspect has just been released.

HCSO-Child Abuse Unit needs your help identifying a male wanted for Sexual Assault of a Child. May•2019-Female was abducted, assaulted & raped when on a walking trail in the Longwood Village neighborhood.
Anyone with info on the suspect call 713-830-3250. pic.twitter.com/lDeIEP0dbF

The sheriff's office says the victim was walking the trails near the Longwood Golf Club/Little Cypress Creek area off Louetta Road when she spotted the man.

The teen told deputies the man allegedly turned around, pushed her down and then sexually assaulted her in a grassy area.

Authorities describe the suspect as a white man with an average build, gray hair and possibly a tattoo on his right arm, near his bicep.

Neighbors told ABC13 the area is popular for walkers and bike riders, and is usually a safe place.

"It concerns me a great deal that there's that kind of activity going on in this neighborhood. It's generally known to be a pretty safe neighborhood," resident Larry Wright said.

The man is now wanted for sexual assault of a child. Anyone with information about him should call 713-830-3250.