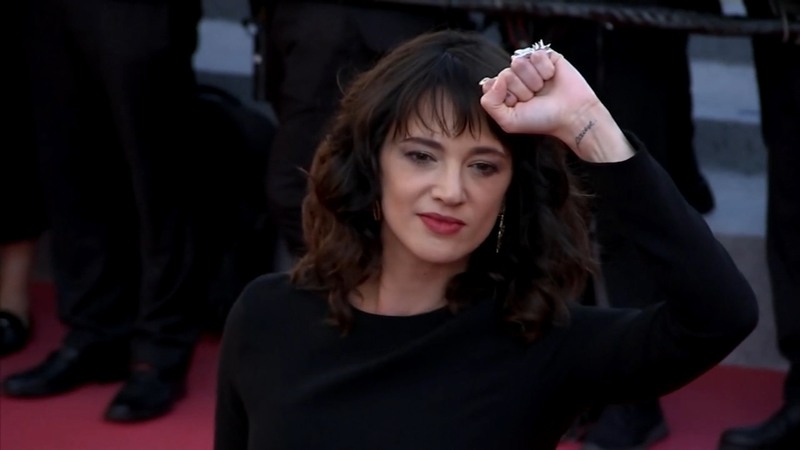 NEW YORK -- Italian actress Asia Argento - one of the most prominent activists of the #MeToo movement against sexual harassment - recently settled a complaint filed against her by a young actor and musician who said she sexually assaulted him when he was 17, the New York Times reported.

Argento, 42, settled the notice of intent to sue filed by Jimmy Bennett, who is now 22, for $380,000 shortly after she said last October that movie mogul Harvey Weinstein raped her, the Times reported.

Argento and Bennett co-starred in a 2004 film called "The Heart Is Deceitful Above All Things" in which Argento played Bennett's prostitute mother.

Bennett says in the notice that he had sex with Argento in a California hotel in 2013. The age of consent in California is 18.

The notice says the encounter traumatized Bennett and hurt his career, the Times reported.

The newspaper said it received court documents that included a selfie of Argento and Bennett in bed. Three people familiar with the case said the documents were authentic, the Times reported.

Argento became one of the most well-known activists of the #MeToo movement after she told the New Yorker magazine that Weinstein raped her at the Cannes Film Festival in 1997 when she was 21. Argento told the magazine that she continued to have a relationship with Weinstein because she was afraid of angering him.

Weinstein has been indicted on sex crime accusations involving three women, but not including Argento.

Representatives for Argento could not be immediately reached by The Associated Press for comment. Through a representative, Bennett declined to comment to the Times.
Report a correction or typo
Related topics:
arts & entertainmentsex assaultlawsuitu.s. & worldsex scandal
Copyright © 2021 by The Associated Press. All Rights Reserved.
TOP STORIES
Someone was behind wheel of Tesla that crashed in Spring, NTSB says
NW Harris Co. welfare check leads to person's body found
Man released from hospital sparks chase in stolen ambulance, HPD says
Here's how to land a job in Alvin during ABC13's virtual job fair
A steamy day as cool fall weather is on temporary hold again
UH out, Rice in: 1 Houston school replaces another in the AAC
Remains found at Florida park are likely Brian Laundrie's: Attorney
Show More
Unhinged man caught on camera beating delivery driver on I-45
Ex-Minneapolis cop gets 57 months in killing of 911 caller
2022 Chevron Houston Marathon race crew volunteers needed
Trans-allied Netflix workers walk out over Dave Chappelle special
Older Americans lost $139M to romance scams in 2020
More TOP STORIES News