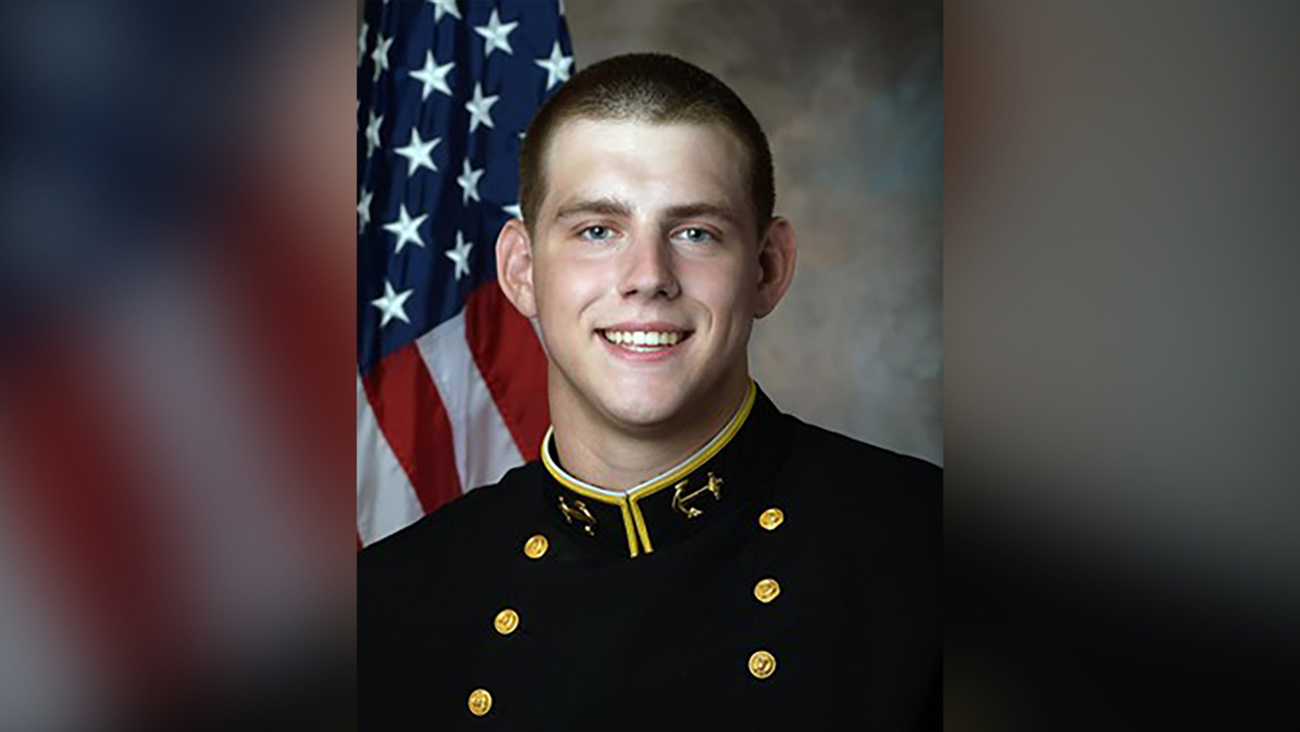 Midshipman David Forney will be honored by his team on Dec. 12 when they take on Army. Forney died in February at the age of 22. (NAVY ATHLETICS via CNN)

WEST POINT, N.Y. -- When the Navy football team takes the field for its annual showdown with Army on Saturday afternoon, at least one Midshipman will have more than the Xs and Os of the playbook on his mind.

Senior offensive tackle Billy Honaker will also be honoring the memory of his fallen friend and teammate David Forney.

Forney died suddenly in February of cardiac arrest and natural causes, the Capital Gazette reported. He was 22.

"The heartbreak isn't from him not playing football anymore... It's the fact that we lost a friend," Honaker told NavySports.com.

Honaker, who usually plays as No. 71, will instead take the field with Forney's 68 on his jersey.

Honaker said losing Forney "was probably the hardest moment of my life," and he wanted to make sure the first person who wore 68 after Forney was "someone who knew who he was and loved him."

Honaker approached Forney's father and brother with the idea and they approved.

In addition to Honaker wearing Forney's number, all Midshipmen players will continue wearing a decal of Forney on their helmets.

Saturday's Army-Navy game starts at 3 p.m. ET. It is being played at Michie Stadium in West Point, New York -- the first time at a service academy since 1943.