DO YOU KNOW THEM? Both suspects fled the scene in a white Mercedes Benz after the armed robbery, police said.

HOUSTON, Texas (KTRK) -- Houston police released new video as they search for the thieves who robbed a vape shop at gunpoint off the Northwest Freeway.

Video from the scene shows the gunman walk up to an employee at the store while pointing a handgun at him. The gunman demanded money from the cash registers and forced the employee to open the cash drawer.

"Where the money at? Give me the money, everything... Hurry the f--- up," the suspect could be heard demanding in the video.

Meanwhile, the second suspect remained at the door as a lookout.

The employee handed money from the register over to the gunman.

Police say both suspects fled in a white Mercedes Benz.

Information leading to the charging and/or arrest of any felony suspects may result in a cash payment up to $5,000. Tipsters must contact Crime Stoppers directly to remain anonymous and to be considered for a cash payment by calling 713-222-TIPS (8477), submitting an online tip at www.crime-stoppers.org or through the Crime Stoppers mobile app. 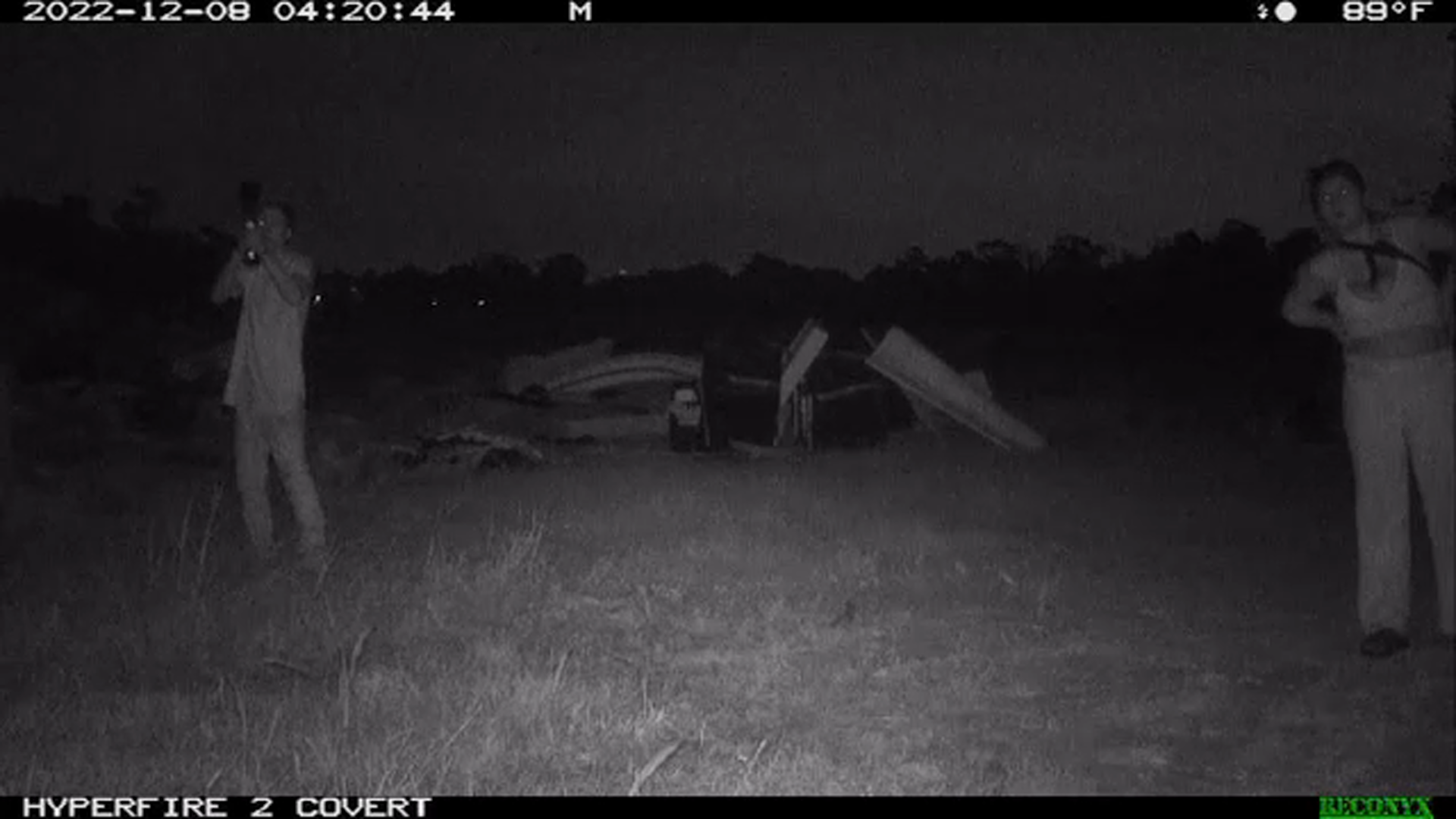