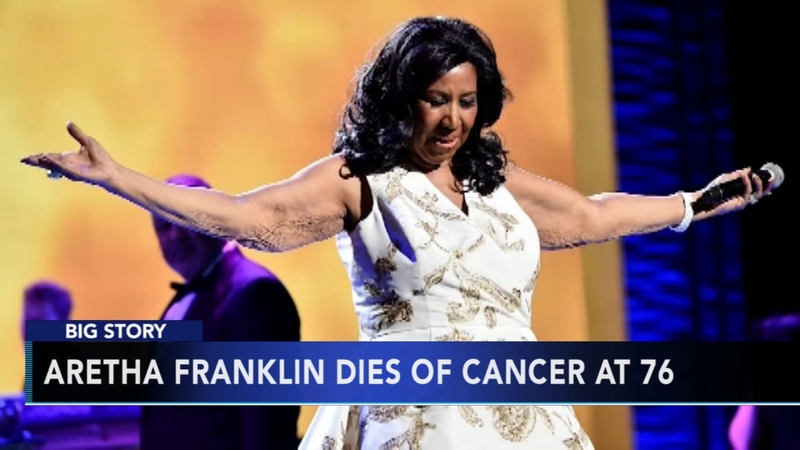 Aretha Franklin dies of Cancer at 76

DETROIT -- Aretha Franklin, the Queen of Soul who sold tens of millions of R&B and pop albums with iconic hits like "Respect" and "Chain of Fools," has died. She was 76.