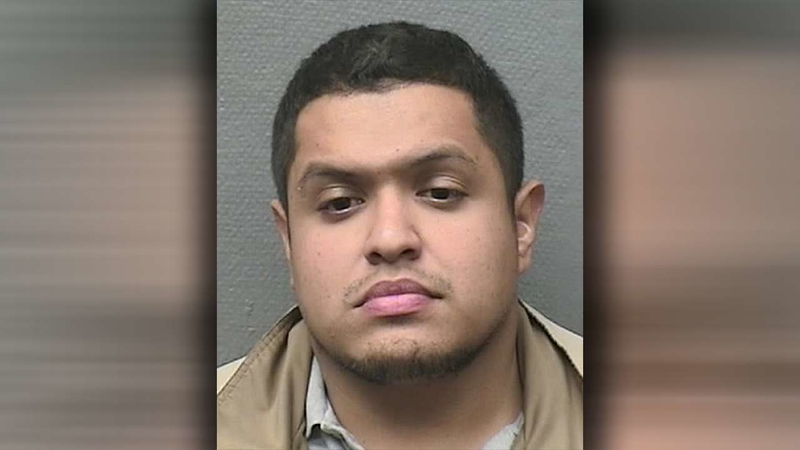 HOUSTON (KTRK) -- An accused killer is wanted after police say he removed his court-ordered ankle monitor.

Carlos Torres, 27, is charged with murder in the death of Eleivia Vigil, 22. Vigil was found dead on her bed in June 2014. An autopsy determined she was strangled.

Police say Vigil had gone out the night before to various bars and returned home about 2am. Family members attempted unsuccessfully to wake her the next morning, but her bedroom door was locked. A few hours later, the family again attempted to wake her and still received no answer. Family members then went outside, looked through her window, and saw her dead on the bed.

Torres was arrested in December 2014 by members of the Gulf Coast Violent Offenders Task Force.

While out on bond, Torres removed his court-ordered ankle monitor and his whereabouts are unknown at this time. He was last heard from on Sunday. Torres, who is considered armed and dangerous, is believed to have fled in his 2003 gold Nissan Xterra with Texas license plates BT8J480.

The victim's father, Genovevo Vigil, says his daughter was dating Torres but he'd never met him. He said, "You know if they cut it off, the monitor, I know they gonna go, they gonna hide somewhere but sooner or later they gonna come back."

He says while he forgives Torres, "I'm not gonna forget what they do to my daughter. No, no, no way."