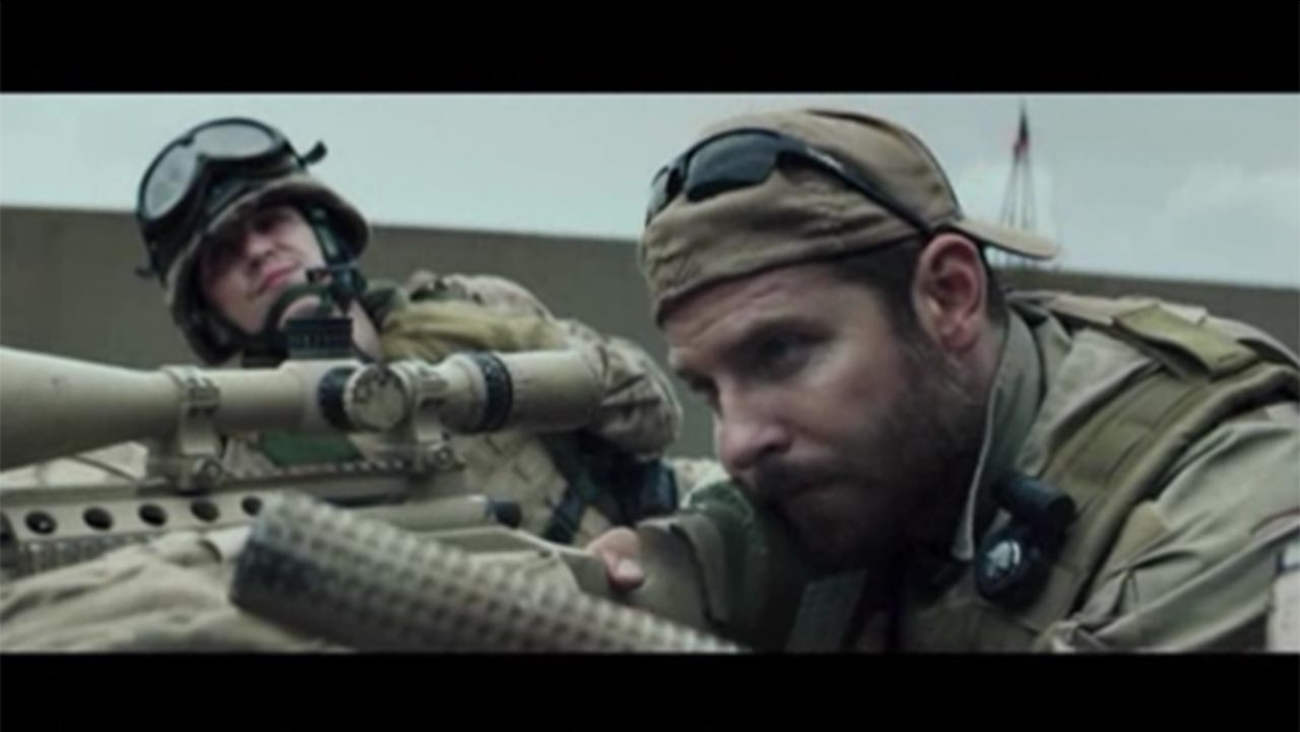 The resounding wide-release opening is also tops for the 84-year-old Eastwood, whose previous best weekend was the $29.5 million wide release of 2009's "Gran Torino. And it, in one weekend, gives the Oscar best-picture race something it was lacking: a big ol' box-office hit.

"American Sniper, nominated for six Academy Awards, immediately becomes the top grosser of the best-picture nominees. The previous biggest hit was Wes Anderson's "Grand Budapest Hotel," which made $59.1 million in its entire run.

This was actually the third week of release for "American Sniper," which played in just a handful of theaters for two weeks. That slow release pattern helped stoke demand for the film, in which Bradley Cooper stars as Navy SEAL marksman Chris Kyle.

"It's become a cultural phenomenon," said Dan Fellman, head of domestic distribution for Warner Bros. "The movie reached an audience that's very hard to tap into. In both red and blue states, small and large cities, tiny towns - everywhere we went - it broke records."

Going into the weekend, optimistic predictions for "American Sniper" were closer to $50 million, which still would have been an enormous success, particularly considering how little appetite audiences have had for movies about the wars in Iraq and Afghanistan.

"This was maybe the most underestimated film of all time, considering that it did about twice what estimates predicted," said Paul Dergarabedian, senior media analyst for box-office firm Rentrak. "This just doesn't happen."

But the film was warmly embraced by conservatives, which Fellman said was a "huge" factor. The audience, which was 57 percent male, gave it an A+ CinemaScore. Dergarabedian said "American Sniper" resonated with audiences craving a celebration of valor, courage and patriotism.

"American Sniper," once pegged for release in late 2015, was moved up to qualify for this year's Oscars. After Eastwood's other 2014 release, "Jersey Boys," struggled in its June release, totaling $47 million, "American Sniper" - a $58 million co-production between Warner Bros. and Village Roadshow - was tossed into this year's Christmas mix.

The remarkable success of "American Sniper," which made $89.5 million over the three-day weekend, didn't appear to hurt the business of other releases. The Weinstein Co.'s well-reviewed animated film "Paddington" opened with an estimated $25.2 million over the four-day weekend. The Kevin Hart, Josh Gaad comedy "The Wedding Ringer" debuted with $24.5 million for Sony Pictures.

In its fourth weekend of release, the civil rights drama "Selma" took in $11.5 million on the holiday weekend that honors its protagonist, King. The film landed two Oscar nominations on Thursday, including best picture, but the snubbing of its star, David Oyelowo, and director, Ava DuVernay, drew widespread outrage.