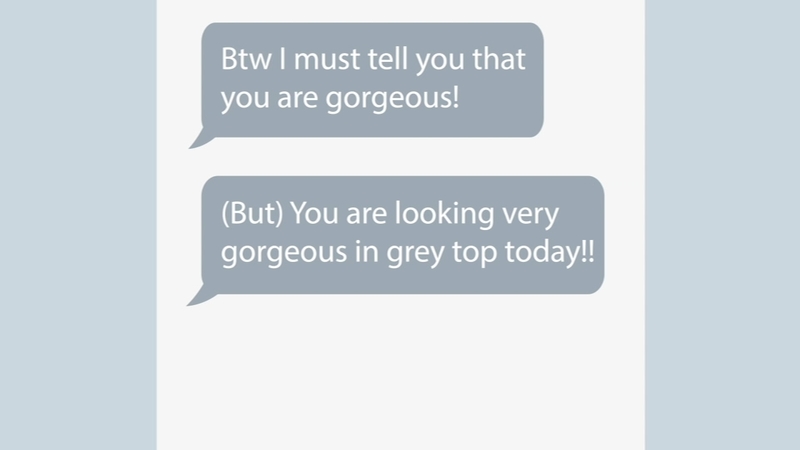 American Airlines is facing a lawsuit from a passenger who said she got creepy texts from one of its employees.

The 34-year-old social media and trade show professional was flying from San Diego to Chicago on business last April, when "as she settled into her seat," a startling conversation began.

Ashley Barno, 34, did not know who was messaging her.

AA: "I met you the other day at the airport. Btw I must tell you that you are gorgeous!
You are looking very gorgeous in grey top today!!"

As the plane readied for take-off the writer identified himself as an American Airlines employee named Ahmad who saw her in the San Diego airport a few days earlier. He said they were both on the Chicago-bound flight, and he was eventually headed home to Washington D.C.

AA: "I can get you a better seat like the whole row to ur self."

B: "This is uncomfortable. Idk who you are and you're describing what I'm wearing."

AA: "Honestly I got it from ur bagtag."

AA: "It will be interesting flight!"

AA: "I can always give you good seats, access to the lounges and free flights too!! Just looking for one chance to prove myself!!"

"It was nine months ago. She has to travel a lot for work," Samo said.

Barno is now suing the airline for negligent employment, supervision and sexual harassment

She said flight attendants were helpful when she complained, and Ahmad was escorted off the plane by airline managers. But the airline did not respond to her complaints further.

"Our main goal is to hold them accountable, find out what happened and just seek responsibility," Samo said.

American Airlines issued a statement that said in part, "We investigated the allegations and took appropriate action."