Released documents reveal what was in Houston's failed Amazon bid 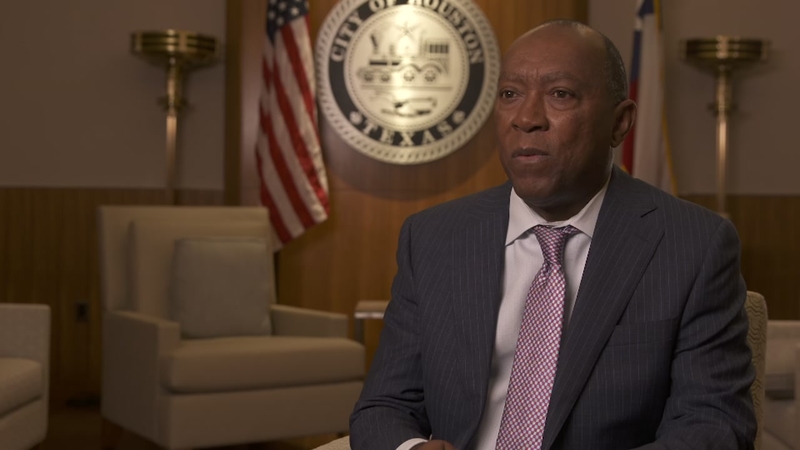 HOUSTON, Texas (KTRK) -- Houston's failed bid for a new Amazon headquarters included at least $268 million in "cash and tax incentives" and at least four possible sites across the Houston area.

The proposed sites were the former Humble Oil Building downtown, the Sears building at Wheeler Station, and property in East End, in addition to less specific other options.

Houston leaders pitched the city as a longtime soulmate of Amazon's, just waiting to be reunited.

"Houston and Amazon are kindred spirits, and together, we can change the world," the proposal said.

Not long after Hurricane Harvey, Turner penned a letter to Amazon chief and native Houstonian Jeff Bezos, specifically praising Houston's transit options, often referred to as one of the weak links in Houston's bid.


"Not only does Houston beat New York in baseball, we also beat NYC in green power," wrote Bill Kelly, the director of government relations in a suggested line for a press release.

"Shouldn't we be talking about how we're already beating LA in green power and baseball is next?" wrote another staffer.

In other discussions about media coverage of Houston's chances, chief development officer Andy Icken lamented the idea of using space around NRG Stadium, calling the area "a wasteland" and too far from urban areas.

Turner weighed in from time to time, suggesting that the city needed to include more areas around town, including the former KBR site in the East End, 300 acres owned by the University of Texas, near the Port of Houston, Sharpstown and Greenspoint Mall areas. For incentives, he asked about "unique and special" offers that could be made by the airport, Metro or Houston First that would "go beyond tax incentives."

For example, the city was prepared to move up to 70 percent of its computing to the Amazon cloud, writing, "We are committed to run the nation's 4th largest city on the AWS GovCloud."

Some messages were long, well thought out messages hitting key organizational and city-wide goals that read almost as a corporate mission statement.

In one, he conveyed the city needed to do more than what was standard to win Amazon's attention.

"This cannot be a boilerplate proposal," he wrote to his top staffers. "It has to be innovative, futuristic and aggressive. It must highlight our diversity and our young talent."

Others were short with ideas for wording changes in letters. One simply read, "k", acknowledging a message about implementing his suggested changes.

In a late evening message on a Sunday, Turner told Icken that he wanted to be "very aggressive" and had reached out to Gov. Greg Abbott for support, but couldn't get it because of the other cities in Texas competing.

Another warned of "likely" issues with the Texas Organizing Project because of its previous stance against an Amazon fulfillment center in northwest Houston. That group told the council vote against tax breaks for "Scamazon," saying the company didn't need city tax dollars.

Turner suggested future bids be controlled and run from city hall instead of other organizations, like the Houston Greater Partnership.

"Too many parts are controlling the whole," Turner said. "What has happened for too long and too many years is we have deferred. That time is no more."

Turner said he was forming a task force to figure out what went wrong and how to improve in the future.

Working together with outside cities is a priority, Turner said.

"I think Amazon missed on this deal," Turner said, but turned inward for responsibility.