"The last time I spoke to him, I said 'Just remember I love you.' He said 'I love you too, Petey.'"
KABC
By George Pennacchio 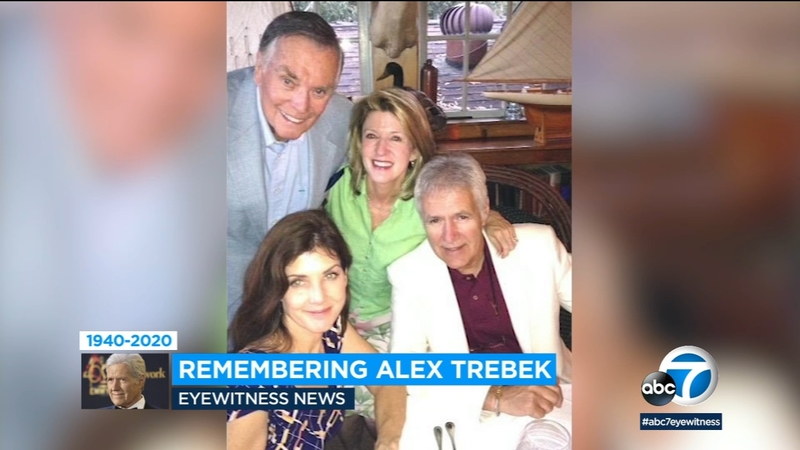 LOS ANGELES -- Two of Alex Trebek's closest friends are remembering the "Jeopardy" icon for his warmth, loyalty and humor, and recalling the final conversations they had with him days before his death.

Marshall and his wife Laurie were supposed to get together with him on Saturday.

"He called me and he said 'I just can't make it today, Petey.' I said 'I understand. We'll see each other next week.'"

In an interview with Eyewitness News, Alex Trebek discussed how he offered words of support to others struggling with pancreatic cancer and expressed a sense of peace with his life.

"I loved him very much. In fact the last time I spoke to him, which was yesterday, I said 'Just remember I love you.' He said 'I love you too, Petey.'"

Marshall, in fact, played a role in Trebek's decision to take the "Jeopardy" hosting job which ended up making him a household name for decades.

After hosting several other game shows over the years, Trebek called Marshall in 1984 to say he was offered the "Jeopardy" position but was wondering if maybe it was too esoteric.

Marshall's response "Are you crazy?"

Another close friend he met through show business was Ruta Lee. In the mid-1970s, she cohosted a game show called "High Rollers" with Trebek. They developed a friendship that lasted decades.

"There was something about us that clicked not only on camera but off camera as well," she recalled. "I consider him one of my dearest buddies. I'm so grateful to God for the blessing of his joyous friendship."