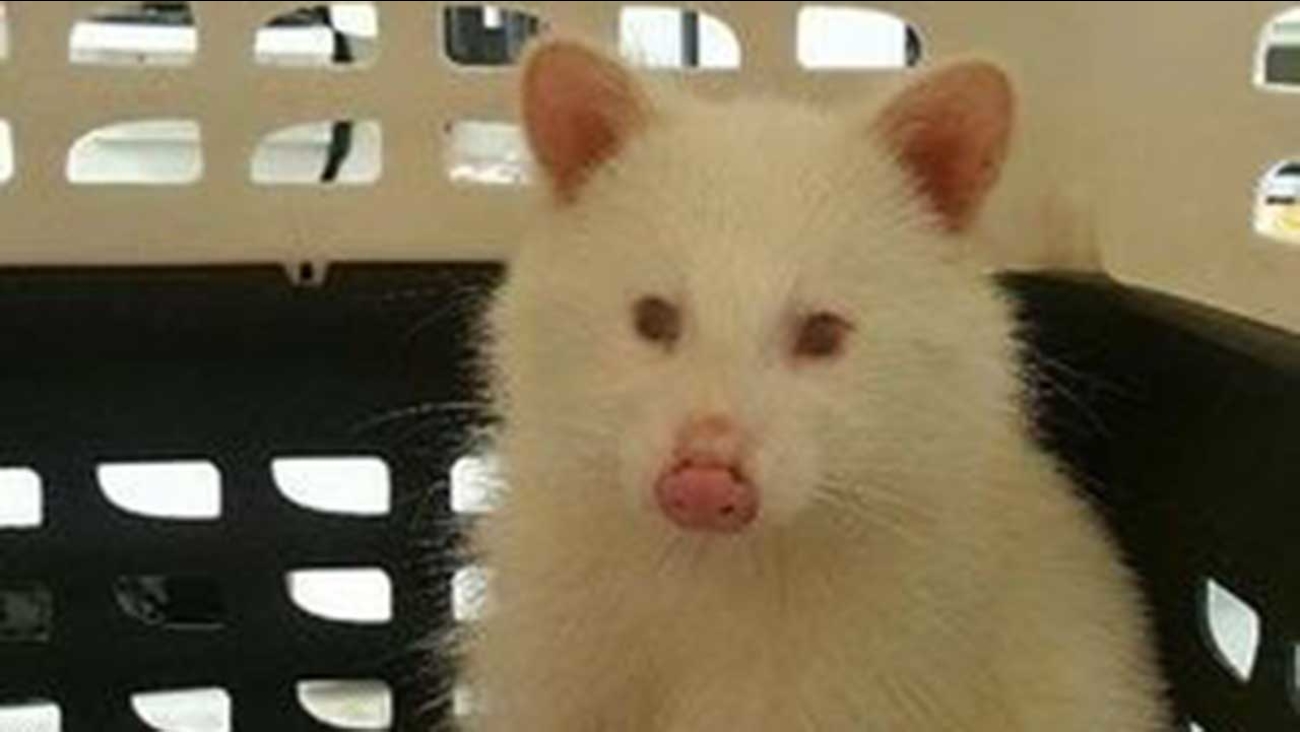 HOUSTON (KTRK) -- In December, Texas Wildlife Rehabilitation Coalition Wildlife Center received an animal most of its staff had never seen and probably will never see again in their lifetimes:an albino raccoon.

The odds of spotting an albino raccoon in the wild have been estimated by some to be 1 in 750,000, making it less likely than getting struck by lightning.

The TWRC immediately transferred the cream-colored critter to Friends of Texas Wildlife. The organization says the raccoon is a young male. It was caught in a live trap by someone trying to catch feral cats.

An albino is produced when cells are unable to make melanin which is what gives the natural coloring. Albinos usually have pink eyes, pink nails, a pink nose and pink skin. Albinism, passed genetically from parents, occurs very infrequently since the genes for that trait are recessive while the genes for normal pigmentation are dominant.

Albino raccoons have a slim chance of survival in the wild because they have no natural camouflage.

Friends of Texas Wildlife will not be releasing this little guy and told us the raccoon has settled into his new foster home.