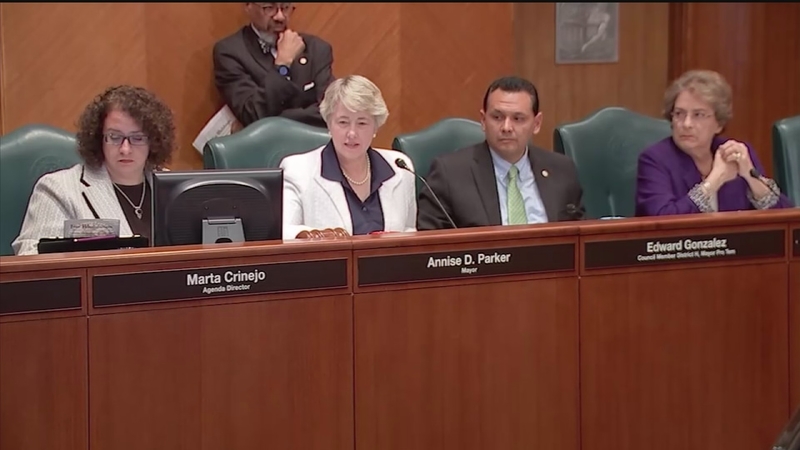 HOUSTON (KTRK) -- Two Houston city councilmen returned campaign contributions received from finalists for lucrative airport concessions and another council member raised questions about the transparency and relationships connected to the airport deals -- all in the wake of an ABC-13 investigation into perceived coziness between the contract's winners and City Hall.

A final vote on the deal is scheduled for Wednesday.

Councilman Jack Christie returned $1,500 to three individuals who contributed to his campaign and who are also invested in the $1.5 billion airport deal.

"We returned these contributions because we found out yesterday and today that all of these checks came from entities or individuals involved in a bidding process, and they should not have been given during the bidding blackout period," Christie's campaign said in a statement.

Christie's council office was not provided with a list of those involved in the bidding process, a campaign spokeswoman said.

"Without this list we are flying in the dark," according to the statement.

Indeed, a check of the city's website shows that the lists are not available.

City Councilman Robert Gallegos' staff also said that his campaign received a small donation from a bidder in the airport deal and "to avoid any possible conflict, the campaign will return it."

Councilman Stephen Costello also weighed in, reacting to ABC-13's report that showed parties, hobnobbing and fundraisers leading up to the airport concessions vote.

"I was disappointed to see the news story last night because it gave the public the perception that some of the parties involved in this process may have violated the letter and spirit of ethics reforms we passed in 2011," Costello said in a statement. "That is disappointing to me."

Debate raged for hours at City Hall over the deal, with many members of council -- and restaurateurs and store owners who were on the losing end of the bidding process -- raising questions about the lack of transparency surrounding the deals up for a vote Wednesday.

"We have not been able to get any detail on the scoring methodology used," Christina Pappas of Pappas Restaurants, which was part of a restaurant team that lost a bid. "How come we cannot see our detailed scorecards before council votes? How can council vote when there is such a lack of transparency in the process."

It's unclear based on the debate if the deal will go through or if City Council will want the bidding process redone.

One complaint from some council members: They only recently got key information about who was evaluating the bids. Other complaints induced that the process was too secretive.

"I don't have an opinion about who should win or who should lose because the process doesn't allow me to get to there," City Councilman C.O. Bradford said.