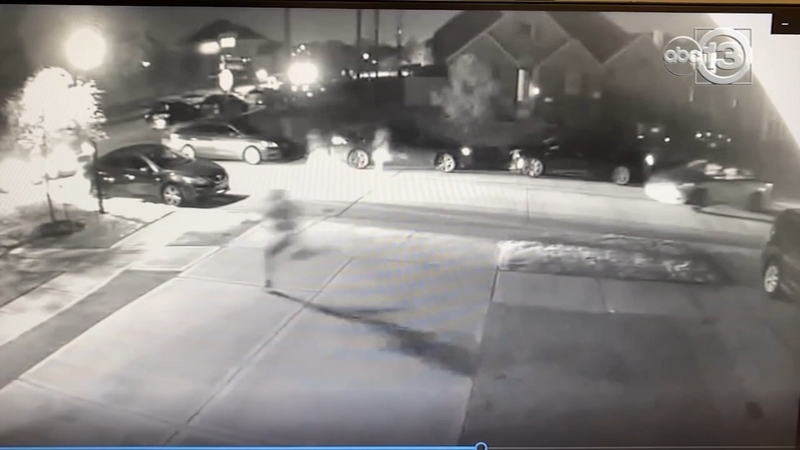 MANVEL, Texas (KTRK) -- A teenager's birthday at a rented house led to a fight and gunfire in a quiet family neighborhood in Brazoria County on Saturday, April 9.

Investigators aren't getting much help from those at the party. So they shared with us video of the shooting in hopes it leads them to answers.

The video reveals 23 seconds of gunfire that involved at least three different weapons unleashing between 30 and 50 rounds. The lead on the case is investigator Robert Gonzales.

"We're attempting to locate and get more information from the public," Gonzales said, "and so if anyone out there has information, please contact me here at the Brazoria County Sheriff's Office."

Caught in the middle of the chaos was resident Robin V., who didn't want to share her last name publicly, as she returned home late Saturday night with her daughter.

"There were so many shots, I just can't believe more weren't wounded, killed, more damage. You know it could have been so much worse," she told ABC13.

Cars and homes were damaged. But in all of the gunfire, just one person was shot in the foot. That was a teenage party-goer, who was one of dozens at the home rented through Airbnb for a 16th birthday party.

"A fight ensued and people started to run," Investigator Gonzales said. "That's all I've got. "

Robin V. was one of many residents who lamented the violence that shook their family-oriented quiet neighborhood.

"Lots of very young kids. It just got out of hand very quickly," she said. "I know it could happen anywhere but it just feels like this could have been avoided."

Several residents told ABC13 the neighborhood HOA does not allow short-term rentals and it's not the first time that home was rented through the Airbnb app. Airbnb said Monday they removed the home and suspended the person who rented it pending their own investigation. In a statement to ABC13 a company spokesperson wrote: "Airbnb bans parties, and we condemn this senseless gun violence. We have reached out to the Brazoria County Sheriff's Office and stand ready to support their investigation."

In the meantime, investigators are hoping this video helps them learn more about what happened. They ask anyone with information call CrimeStoppers at 800-460-2222.

EDITOR'S NOTE: The statement provided by Airbnb originally has been adjusted at the request of the company.