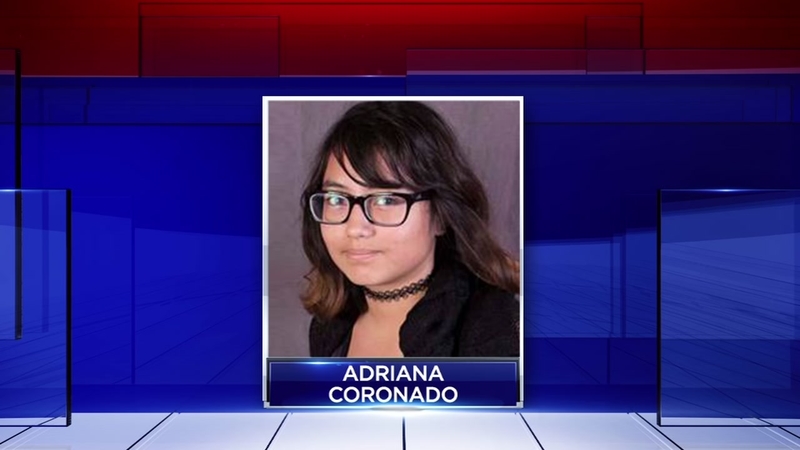 HOUSTON, TX (KTRK) -- Texas Equusearch joined efforts to find a missing Katy girl after a meeting with local officials and the FBI.

ABC13 has learned 12 volunteers will begin looking for 14-year-old Adriana Coronado, who went missing last weekend. An Amber Alert was issued for Adriana last weekend around the same time her father was found murdered.

As desperation grows in the search for Adriana Coronado, her friends recall happier times.

Detectives believe that Coronado is in danger, which is part of the reason why Texas Equusearch would not elaborate on specifics regarding their search for her.

What we do know is they are looking somewhere in between Houston, near where her apartment is, and Walker County. But investigators have been asked to stay pretty tight lipped about what is happening.

We have learned during a meeting Thursday between the FBI and other officials, they discussed Adriana Coronado's recent phone activity.

Mom of missing teen speaks out for her return.

An Amber Alert was issued for Adriana last weekend. Last night, friends and classmates held a vigil for Adriana and prayed for her safe return.

"I just wish that God will give her a path to come out and tell us something important, and hopefully she is safe wherever she is at," a friend says.

At the vigil outside Coronado's apartment, a friend talked about the last time Adrianna responded to him via text.

"She seemed happy, calm, it was a usual day. We went home and she texted me around 7:30. She texted me and I responded and she didn't read my message so that was the last time she texted me," said Eduardo Reveuelta, a classmate of the 14 year-old at Mayde Creek High School in Katy.

Coronado's mother continues to recover from surgery in Mexico. She says her husband doesn't have any enemies. She's praying and pleading for her daughter's safe return.

Later today, officials say they will release a video they hope will get the public's help. We are not certain what is on that video, but we will bring it to you as soon as more details are known.