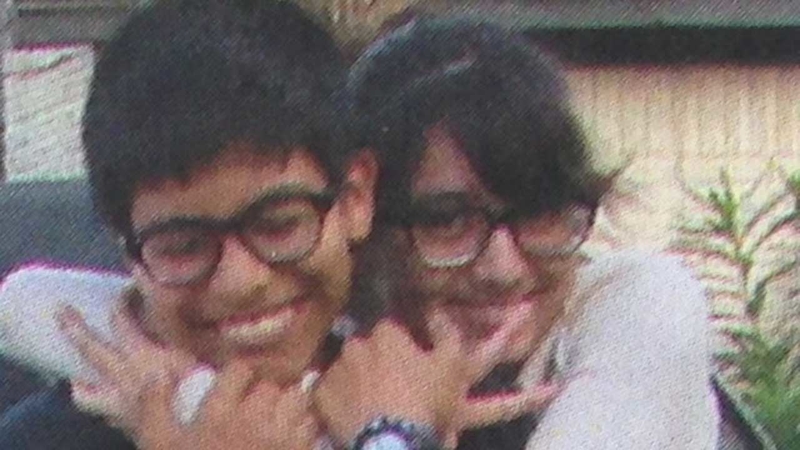 HOUSTON (KTRK) -- About two dozen people were expected to attend a vigil Wednesday night for 14-year-old Adriana Coronado. Authorities issued an Amber Alert for the teen this week.

Her close friend, Eduardo Revuelta, is helping organize the vigil.

"She was always calm and quiet, very nice person to talk to," said Eduardo Revuelta.

Eduardo and Adriana are dance partners. They have been getting ready for a friend's quinceanera or "the 15" as Eduardo calls it. He showed us a picture of the group that's dancing.

Vigil about to get underway for missing teen Adriana Coronado @abc13houston pic.twitter.com/O7S1Qiaw31

He hasn't talked to his dancing partner since Friday night. Days later he heard she was missing and authorities had issued an Amber Alert.

"I was shocked. I was scared. I didn't know where she could be at," said Eduardo.

Shortly after the Amber Alert was issued, Walker County authorities said they found her father's body badly burned and possibly shot.
The death of her father, Cesar Coronado, is under investigation. It prompted investigators to further their plea for help. Walker County Sheriff's officials say Adriana could be in "grave danger."
The FBI told us it has a special task force assisting in the search for Adriana.

It's been a long three days for her friends.

"My friends and I, we've been having headaches. We can't sleep. We're really worried," said Eduardo.

"I really don't know what's going to happen but hopefully she's found. Before the 15, as soon as possible," said Eduardo.