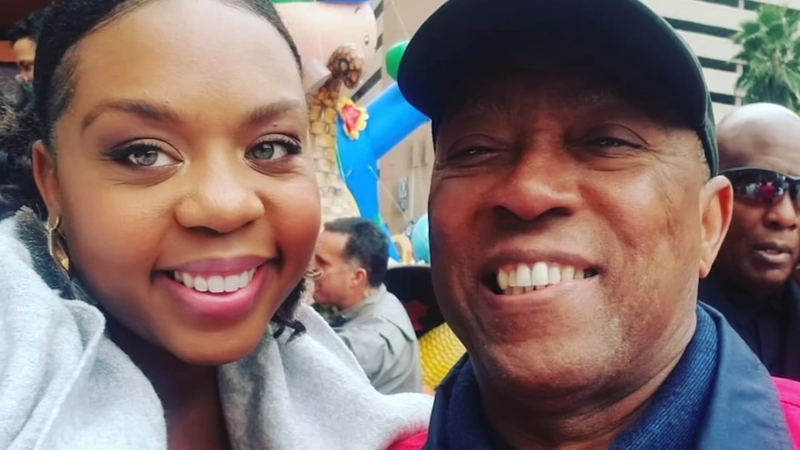 Since her father, Houston Mayor Sylvester Turner, is unmarried, she serves much of the traditional duties of a first lady.

"When my dad was inaugurated, it was such a proud moment," said Ashley. "Actually, election night was a very emotional night for me, because this was not his first time running. It was his third. That was such a lesson for me. Sometimes, having perseverance and just staying the course really does pay off."

Ashley has served as an advisor to BARC, the city's animal shelter, and spends time working with the Houston Public Library on literacy initiatives. She visits local schools frequently to try to inspire a passion for reading among children.

RELATED: Ashley Turner hosts fundraiser to support a wellness cause

"Literacy really opens the door for your creativity, your imagination and your ability to be able to see the world past what you can physically see," said Ashley. "If you're ever having a bad day, go read to some kids. They're so full of joy and innocence."

She also serves as executive director of community affairs for Lone Star Community College North. She credits her parents with inspiring her to build a career in public service.

"Serving the community, I just learned it from them. They were great examples for me," she said. "When I was growing up, my parents were always taking me to community events and volunteering. My mom is a consultant for different nonprofits and my dad, of course, is mayor of the City of Houston."

"Mayor Parker's wife Kathy, she's awesome," she said. "She was just a real mentor. Right after my dad was announced as mayor, she really helped walk me through this transition. It's so rewarding and she really helped me understand the balance of it."

ABC13 caught up with Turner to hear about the issues most important to her.