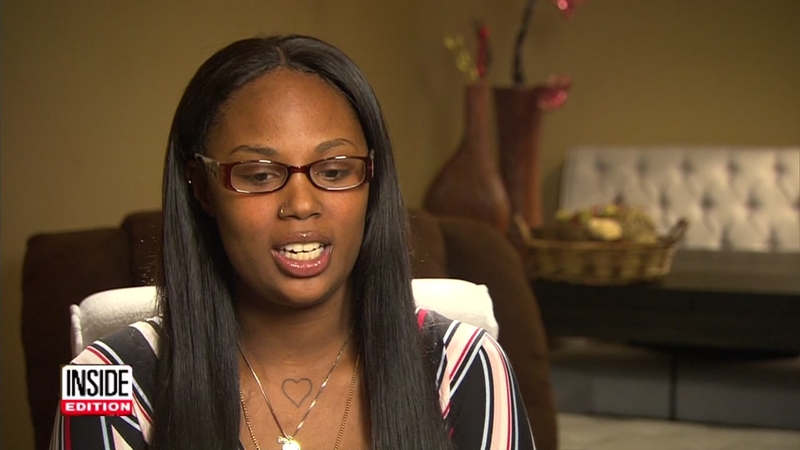 Woman who left child on porch, speaks out.

SPRING, Texas (KTRK) -- The woman seen leaving a 2-year-old at a stranger's doorstep in a video that went nationwide is telling her side of the story.

Keairra Woods says she was just doing a favor for her best friend's aunt, who is the mother of that little boy.

She says this was all a misunderstanding and she would never leave a child alone at a stranger's house.

Two-year-old Royal Simmons was caught on a doorbell video being dropped off at a home in the Spring area by Woods.

It turns out that it was the house next to the home of the child's father.

The video shows that Woods only waited with the child for eight seconds on the front porch before running to her car.

Woods says there is an explanation.

She tells us the boy's mother asked her to drop him off, claiming the boy's stepmother has a restraining order against the mother.

Woods says she has never met that stepmother, the father, or visited their home, so she was relying on GPS directions and the boy's mother, who was on the phone with her, to get her to the correct house.

"I followed the GPS. Mind you, I'm still on the phone with her, so by the time I get to the house, I say, 'Well I just pulled up to the house.' She said, 'Okay, get out the car, get his bag and go to the door,'" said Woods.

Woods said the mother should have known it was the wrong house because she described the cars in front of the home.

"By the time I get to the door, I ring the doorbell. I still have him in my hand. I say 'It's like five cars out here, a red car, a black car, and a white car, and it's like two rows of cars.' She said 'Okay.'"

"That should have let you know I was at the wrong house then, because you know your baby daddy don't drive so many cars. Okay, so I ring the doorbell, the lady walks like halfway to the door. That's when I took off running. And the only reason I took off running was because it was chilly outside and I didn't have no sweater on, as you can see in the video," said Woods.

Woods says the reason she left the child alone was because she was also avoiding interaction with who she thought was the boy's stepmother, who was coming to answer the door.