The woman's face has been blurred in all videos because officials say she is a victim of domestic violence.

This bizarre story is still unraveling, but the Montgomery County Sheriff's Office was able to confirm the woman's safety Wednesday after they were called to a home on Sunrise Pines around 11 a.m.

A friend of the woman's 48-year-old boyfriend told deputies she received a text message, which sparked a welfare check.

Authorities said the man was threatening to kill himself. By the time deputies made it to the home in the Sunrise Ranch subdivision, it was too late. The body of the man was found inside, where he died from a self-inflicted gunshot wound.

During their investigation at the home, they discovered a suicide note, connecting him to the woman they say is his girlfriend seen on that doorbell video.

"The male did leave a suicide note to help identify the female and some of the circumstances about why this occurred," Montgomery Co. Deputy Scott Spencer said.

Investigators say despite receiving inquiries from families and law enforcement across the country, the woman in this doorbell video was not a missing person. But they still have questions about her health and well-being.

"There's some issues obviously with the video surveillance, why she was wearing those restraints and the circumstances surrounding it. We only have one side of a story right now," said Spencer.

The 32-year-old half-naked woman spotted on surveillance video became the subject of a law enforcement investigation after she was recorded ringing doorbells in the middle of the night last Friday.

The woman was barefoot, wearing only a t-shirt, with what looked like restraints dangling from her wrist.

ONLY ON 13: Resident who posted video of mystery woman ringing doorbell in Montgomery County says neighborhood in shock

ABC13 spoke to Jennie Drude who first posted the video online of the woman six days ago. She said she had no idea it would go viral.

Drude explained she decided to share the video after asking for tips from neighbors on a community Facebook page and coming up empty-handed.

"I looked at it from a mom perspective. Her family is missing her. Her mom is probably wondering where she is. I know as a mom, if it was my child, I would hope someone would do everything," Drude said.

Deputies said the woman's name will not be released because she is a victim of domestic violence, and that she is still being interviewed.

ABC13's Steve Campion reports from a Montgomery neighborhood where a mystery woman appeared at a front porch in the middle of the night.

Neighbors say the man, who worked at a local boat retailer, just moved into the rental home a few months ago.

"Come home late, leave early. And I've seen him do garage work, woodwork and other than that, I mean, I've never talked to him, I've never seen him talk to anyone around here," said a neighbor, who asked not to be identified.

He tells Eyewitness News his family has never seen the girlfriend at the home saying, "No, not until they started talking about her showing up on a video trying to get help."

During the investigation, it was clear a back window to the home was broken out.

It's unclear where the woman went after trying to get help from neighbors last Friday, or how long she has been reunited with family.

Investigators say she is from Dallas, and is currently with family out of the Montgomery County area.

They hope to learn more from her soon.

Police say a woman seen ringing a doorbell is a victim of domestic violence. Her face has been blurred to protect her identity. 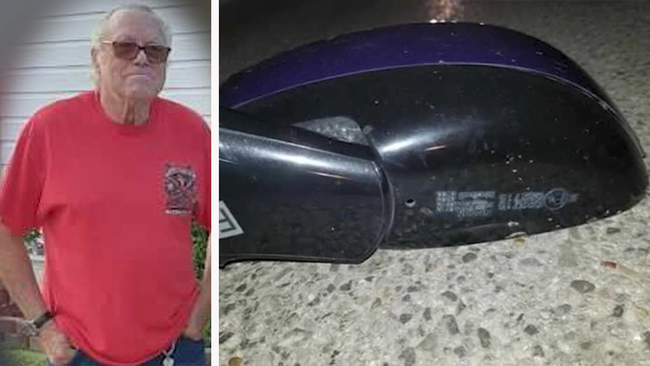 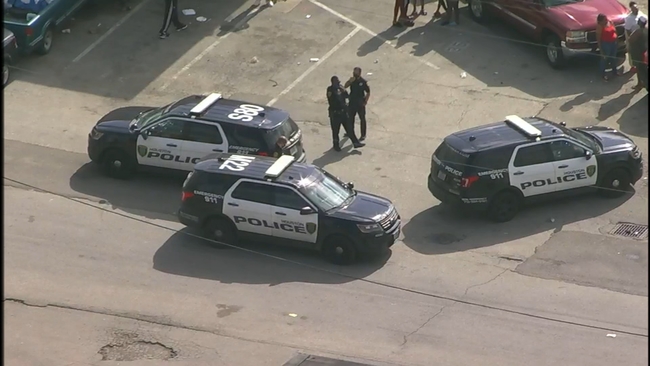 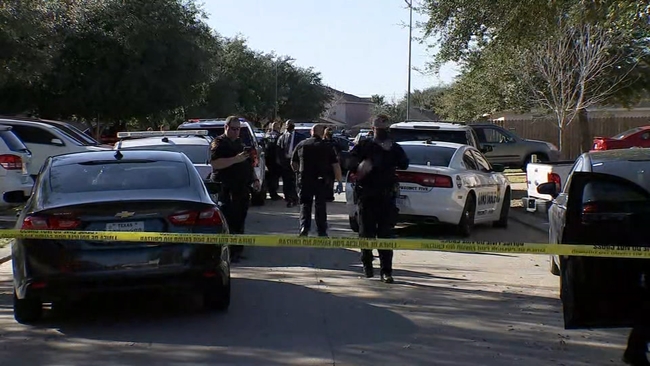