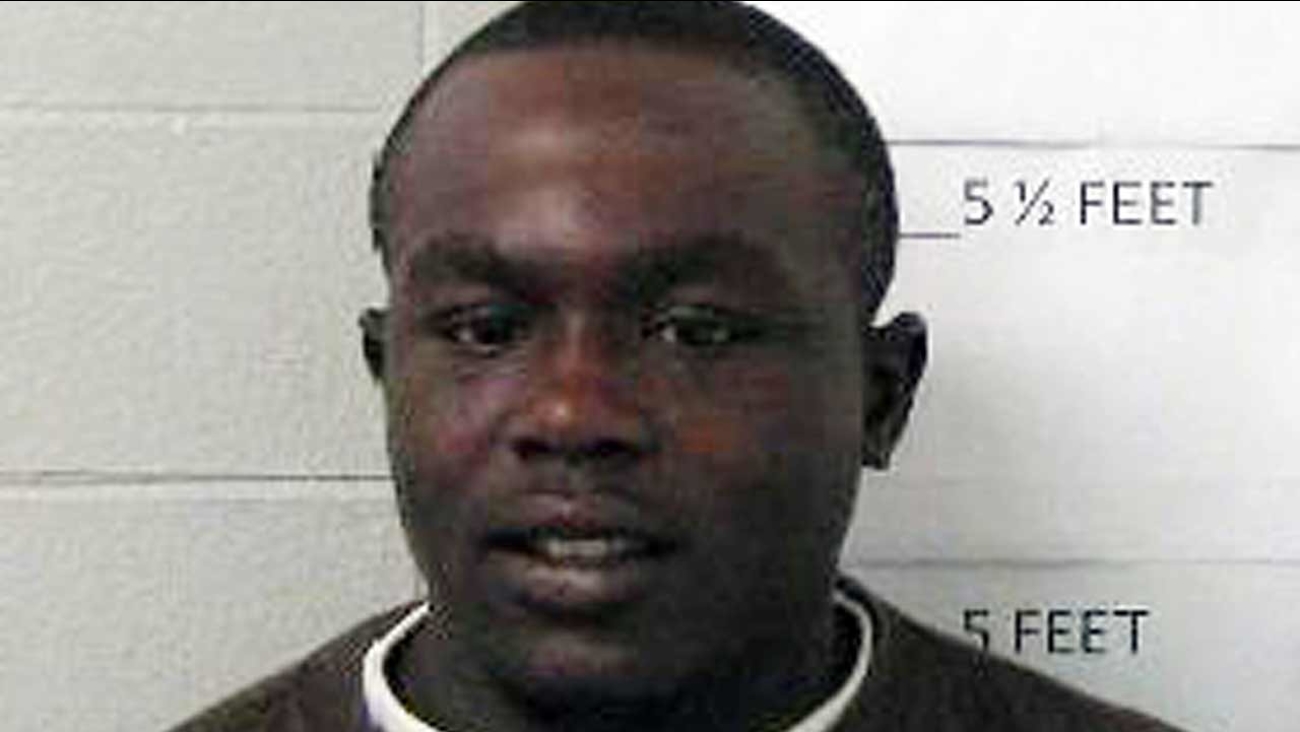 James Minter has been charged with three counts of attempted murder after allegedly shooting a woman, an infant and a pastor inside a church. (Selma Police Department via AP)

EAST SELMA, AL -- A man has been charged with three counts of attempted murder after shooting his girlfriend, their baby and a clergyman at a church in Alabama, authorities said Sunday.

James Junior Minter, 26, of Selma, Alabama, was arrested after opening fire during services at the Oasis Tabernacle Church in East Selma, Alabama, according to Dallas County District Attorney Michael Jackson. Jackson said the woman was Minter's girlfriend and that the shooting stemmed from a domestic situation.

Witnesses told police that Minter entered the church and sat in the front row between his girlfriend and the baby, according to a statement released by the Selma Police Department. Minter then pulled out a handgun and started shooting, the statement said. The girlfriend fell to the ground, and Minter fired at her, striking her in the jaw and shoulder. The baby, a 1-month-old boy, was shot in the hand.

The church's pastor then grabbed Minter and was shot in the leg. Members of the congregation helped subdue Minter and managed to wrest away his gun, according to police. Minter then ran out of the church.

The pastor was taken to a local emergency room for treatment, while the woman and baby were taken to a hospital in Birmingham. The victims are in stable condition.

After the shooting, Minter fled the scene but was captured by police less than a mile away. His vehicle was left at the scene and a gun was recovered at the church, the statement said.

Minter is being held without bond at the Dallas County jail. The Selma Police Department said Minter may face other charges and that a possible motive for the shooting was a disagreement over child visitation and ongoing domestic violence between the couple.