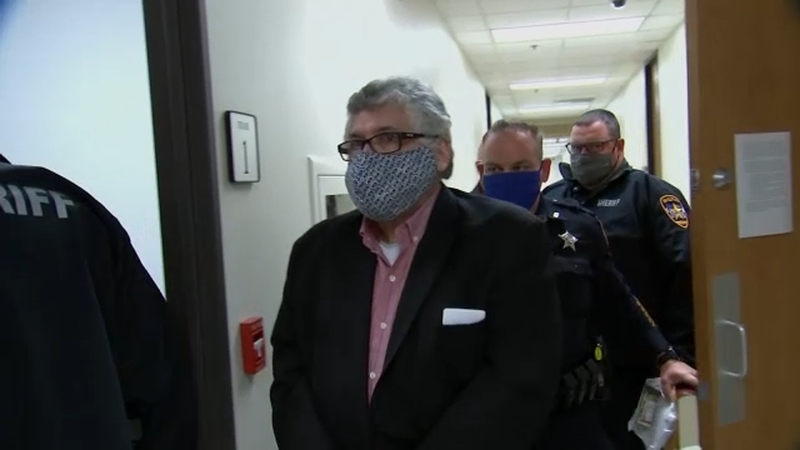 In handcuffs, former priest heads to prison from his sentencing

CONROE, Texas (KTRK) -- A Catholic priest is heading to Texas state prison after his formal sentencing on Wednesday for committing indecency with two underage parishioners 20 years ago.

Father Manuel La Rosa-Lopez will serve 10 years in prison on two charges of second-degree felony indecency with a child. The maximum penalty for the charge is 20 years in prison.

Last month, La Rosa-Lopez took a plea deal for the charges connected to two victims, though, the Montgomery County District Attorney's Office said he committed crimes against a total of four identified victims.

Manuel La Rosa-Lopez's attorney says, "he accepts responsibility," but survivors say a lot of work still needs to be done.

In court Wednesday, everyone from the prosecutors to the investigators scolded the disgraced priest for violating the victims' trust.

"These children looked to La Rosa-Lopez for both spiritual and emotional guidance. He violated their trust in the worst way," said Conroe Police Det. Joe McGrew.

The prosecutors, though, praised the victims for coming out and telling their stories.

"There is a feeling of justice, and there's also a feeling of hope," a survivor, who asked to remain anonymous, said previously to ABC13. "This priest decided to engage in sexual abuse within the context of a confessional booth."