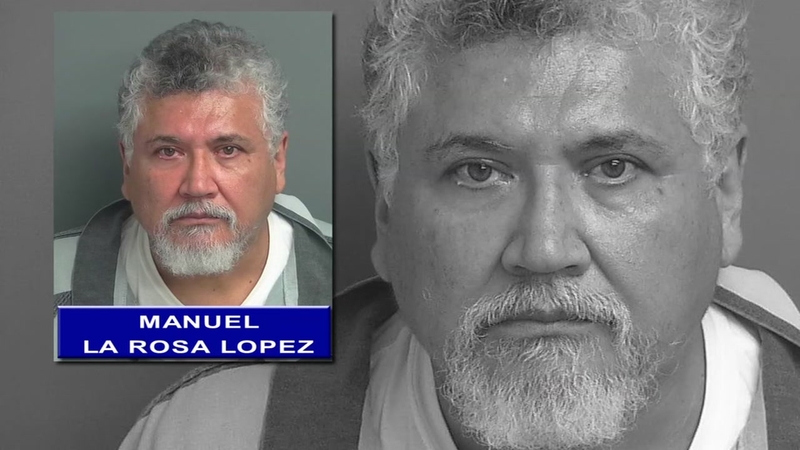 New search in case of Conroe priest accused of molestation

SPLENDORA, Texas (KTRK) -- The Montgomery County District Attorney's Office is executing a search warrant related to the investigation of a priest accused of sexually molesting teens.

ABC13 was there last week when Father Manuel La Rosa-Lopez was released from the Montgomery County Jail.

He's accused of sexually abusing two children almost 20 years ago. He's charged with four counts of indecency with a child.

Wednesday's search warrant is being executed at the Shalom Center off Morgan Drive in Splendora. The DA's office believes this is where La Rosa-Lopez received mental health treatment in the early to mid-2000s.

According to court documents, in one case, a teen reported abuse after it occurred in 2000.

The victim discovered in 2010 that Lopez had been promoted within the church.

She later expressed her concern to Sister Maureen O'Connell and Cardinal DiNardo.

The archdiocese says it then reported the incident to CPS.

"Yes, you should call CPS as required. I always wonder why people don't call the police when they believe a child has been sexually abused. It blows my mind that we even have to have that conversation," said Tyler Dunman, assistant district attorney of Montgomery County.

Sister O'Connell has a 13-year relationship with law enforcement, according to the archdiocese website.

She is quoted on the website saying, "As a social worker, I worked primarily with children and families where physical and sexual abuse was the presenting problem."

Yet, there's nothing stating that police were notified after the abuse came to light in the early 2000s.