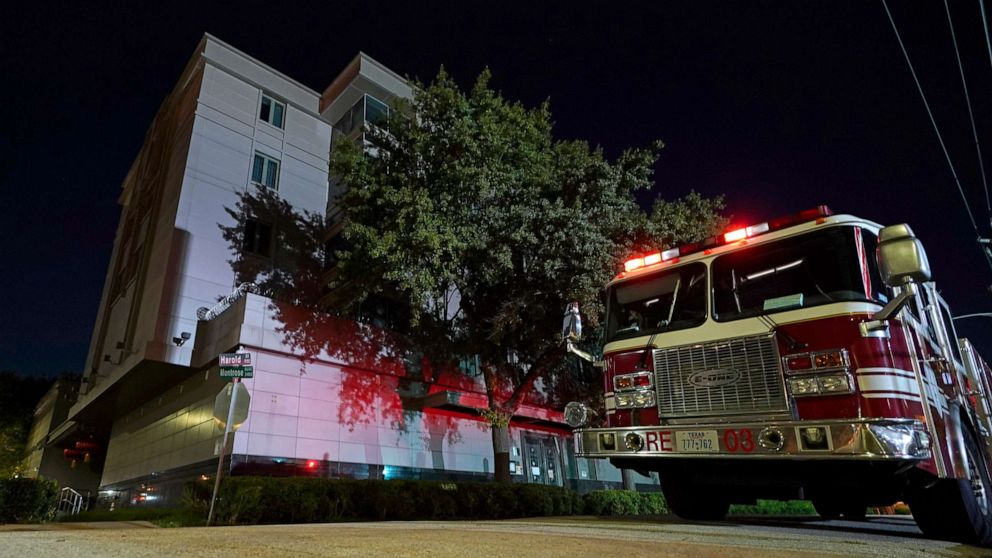 Beijing vowed to retaliate after it said the United States ordered its Houston consulate to be closed within 72 hours, calling it an "outrageous and unjustified move" and marking a serious escalation in the quickly deteriorating relationship between the U.S. and China.

Chinese Foreign Ministry Spokesperson Wang Wenbin slammed the move as an "unprecedented escalation" during a daily press briefing Wednesday and demanded that the "U.S. revoke the wrong decision" or else "China would take necessary countermeasures."

Documents burned on the grounds of the Chinese Consulate in Houston

State Department spokesperson Morgan Ortagus, who is traveling with Secretary of State Mike Pompeo in Europe, confirmed the move, saying, "We have directed the closure of PRC Consulate General Houston, in order to protect American intellectual property and American's private information."

Pompeo addressed the closure of the Chinese consulate in Houston with reporters Wednesday.

"We're setting out clear expectations for how the Chinese Communist Party is going to behave, and when they don't, we're going to take actions to protect the American people, protect our security, our national security, and also protect our economy and jobs," he said.

Alluding to the reasoning behind the sudden order, Ortagus said, "The United States will not tolerate the PRC's violations of our sovereignty and intimidation of our people, just as we have not tolerated the PRC's unfair trade practices, theft of American jobs, and other egregious behavior. President Trump insists on fairness and reciprocity in U.S.-China relations."

The announcement came after reports Tuesday evening that the Houston police and fire departments responded to reports of fires in the courtyard of the consulate compound.

The Houston Police Department said that officers were not granted access to enter the building.

The Trump administration and Beijing have been at odds since a blame game erupted over the coronavirus pandemic, engaging in a growing tit-for-tat retaliation battle over a wide range of issues, including sanctions over Hong Kong, the treatment of Uyghur people in Western China and the territorial claims in the South China Sea.