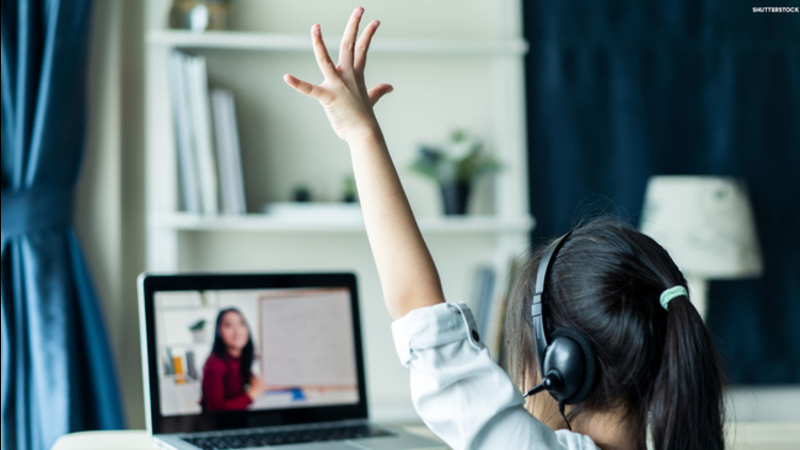 UPDATE: On July 17, Texas Education Agency Commissioner Mike Morath announced Texas public school districts can require students to participate in online only classes during the first eight weeks of instruction, if all students have access to the technology needed for virtual learning.

In public health guidance released last week, the Texas Education Agency gave districts a three-week transition period, which allows districts to "temporarily limit access to on-campus instruction" and offer only online instruction rather than a combination of online and in-person classes. Under the current plan, after three weeks, districts would have to open their doors for in-person learning or risk losing state funding.

In the Houston area, both Fort Bend ISD and Alief ISD have said they are starting out the school year 100 percent online.They have asked the TEA for an extension for how long they can offer all virtual learning.

"We are asking for TEA to allow districts to locally control those decisions based on guidance from local health officials regarding the infection rate of COVID-19," an Alief ISD spokesperson said in a statement to 13 Investigates on Wednesday morning.

Alief ISD said it is asking the TEA to extend the three-week online only learning period through the first grading period, which is nine weeks. If granted, the district expects to continue classes with a virtual only option for the first nine weeks.

Given Gov. Abbott's comments on Tuesday about an upcoming announcement from the TEA, Alief ISD says it is hopeful the extension will be granted.

When 13 Investigates' Ted Oberg asked the governor about whether or not that extension will be granted, Abbott said "superintendents can expect to hear something along those lines from (TEA) Commissioner Mike Morath in the next few days."
"(Morath) is expected to announce a longer period of time for online learning at the beginning of the school year and flexibility at the local level. This is going to have to be a local level decision, but there will be great latitude and flexibility provided at the local level," Abbott said Tuesday.

Districts also have the ability to set their own start dates and local health officials in some cities across Texas are pushing the day students will return to school, either virtually or in person. Local health officials in Austin and in El Paso County said schools can't open for in-person instruction until after the first week of September.

A letter on Monday signed by school board presidents from 10 Texas school districts, including Houston and Aldine districts, asks Abbott to offer more flexibility regarding how they can re-open schools.
Among their requests, the school board presidents are asking Abbott to "make decisions as to whether or not campuses will be open or available at any time during the school year .... To say we are required to have in-class instruction - no matter what the situation is - is not only reckless but unsafe for our students and our staff," according to the letter, posted to Houston ISD School Board President Sue Deigaard's Twitter.

Houston ISD is expected to release its plans on Wednesday.
13 Investigates surveyed districts across the state to see how they're handling back-to-school plans, from transportation to face masks and whether or not they'll be online or in-person.

RELATED: 13 Investigates survey shows back to school in flux for millions

We heard from more than 125 school districts that are home to about 2.5 million students. Each either responded to our survey or provided a statement. Of those who responded to our survey, 84 percent say they expect more than half their students to return to in-person learning on the first day of class; 90 percent expect to offer a mix of in-person and virtual learning.