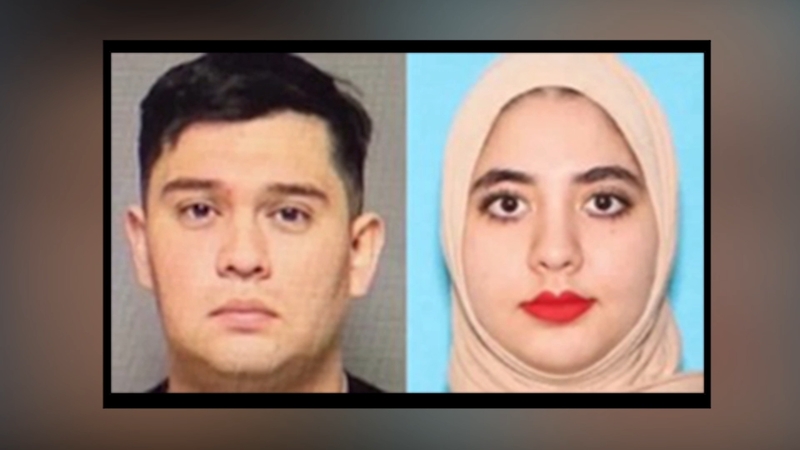 TEXAS (KTRK) -- A Minnesota couple believed to be connected to several fires set in St. Paul during the protests and riots after George Floyd's death, may be in Texas.

The Bureau of Alcohol Tobacco and Firearms (ATF) has increased the reward for information leading to the arrest of Jose Felan, Jr, 33, and his wife, Mena Dyaha Yousif, 31, from $5,000 to $10,000 each.

Felan is wanted for multiple counts of arson, and Yousif is charged with aiding in his escape. Authorities believes the case has now made its way to Texas.

Investigators believe the couple may be trying to flee the country to Mexico.

ATF released video showing a man they identified as Felan running away from a smoky area.

Felan has a tattoo with his wife's name, Mena, on his arm.

Yousif has been known to remove her hijab or wear disguises like wigs, hats and hair extensions. She is also pregnant. Castillo fears they are growing desperate.

"They are aware of the fact they are being pursued. That can lead us to some cause for concern as far as any actions they can take," Castillo said. "We are also aware that Mena is, we believe to be, between six to eight months pregnant. We're also taking that into consideration in our investigation. The fact that there is an unborn child, an innocent child here involved, as well. At this point, the quicker all of this ends for everybody's sake, the better."