KTRK
WASHINGTON -- Seeking to reassure the American public, President Donald Trump said Saturday there was "no reason to panic" as the new coronavirus claimed its first victim inside the U.S. The White House also announced new restrictions on international travel to prevent its spread.

Trump, speaking only moments after the death in Washington state was announced, took a more measured approach a day after he complained that the virus threat was being overblown and that his political enemies were perpetuating a "hoax."

RELATED: Person in Washington state 1st in US to die from new coronavirus

"This is very serious stuff," he said, but still insisted the criticism of his administration's handling of the virus outbreak was a hoax.

Trump appeared at a hastily called news conference in the White House briefing room with Vice President Mike Pence and top public health officials to announce that the U.S. was banning travel to Iran and urging Americans not to travel to regions of Italy and South Korea where the virus has been prevalent.

He said 22 people in the U.S. had been stricken by the new coronavirus, of whom one had died and four were deemed "very ill." Additional cases were "likely," he added.

Trump said he was considering additional restrictions, including closing the U.S. border with Mexico in response to the virus' spread, but later added: "This is not a border that seems to be much of a problem right now."

"We're thinking about all borders," he said.

RELATED: Coronavirus symptoms, prevention, and how to prepare for a COVID-19 outbreak in the US

Travel to Iran is already quite limited, though some families are allowed to travel there on a visa. It is one of the seven initial countries on Trump's travel ban list, which means travel from Iran also is already severely restricted.

Trump described the Washington fatality as someone having a high medical risk before contracting the virus. Robert Redfield, director of the Centers for Disease Control and Prevention, said there was "no evidence of link to travel" abroad in the case of the person who died.

On Friday, health officials confirmed a second case of coronavirus in the U.S. in a person who hadn't traveled internationally or had close contact with anyone who had the virus. The U.S. has about 60 confirmed cases. Trump's tally appeared to exclude cases of Americans repatriated from China or evacuated from the Diamond Princess cruise ship.

The Washington case was the first death in U.S. but not first American to die: A 60-year-old U.S. citizen died in Wuhan in early February.

Trump said healthy Americans should be able to recover if they contract the new virus, as he tried to reassure Americans and global markets spooked by the virus threat.

He encouraged Americans not to alter their daily routines, saying the country is "super prepared" for a wider outbreak, adding "there's no reason to panic at all."

He added he wasn't altering his own routine either. "You're talking about 22 people right now in this whole very vast country. I think we'll be in very good shape."

The president also said he would be meeting with pharmaceutical companies at the White House on Monday to discuss efforts to develop a vaccine to counter the virus.

Trump spoke a day after he had denounced criticism of his response to the threat as a "hoax" cooked up by his political enemies. Speaking at a rally in South Carolina he accused Democrats of "politicizing" the coronavirus threat and boasted about preventive steps he's ordered in an attempt to keep the virus that originated in China from spreading across the United States. Those steps include barring entry by most foreign nationals who had recently visited China.

"They tried the impeachment hoax. ... This is their new hoax," Trump said of Democratic denunciations of his administration's coronavirus response.

Trump said Saturday he was not trying to minimize the threat of the virus.

"Again, the hoax was used in respect to Democrats and what they were saying," he said.

Some Democrats have said Trump should have acted sooner to bolster the U.S. response to the virus. Democratic and Republican lawmakers also have said his request for an additional $2.5 billion to defend against the virus isn't enough. They've signaled they will provide substantially more funding.

Trump said Democrats want him to fail and argued that steps he's taken so far have kept cases to a minimum and prevented virus deaths in the U.S.

On Saturday, Democratic challenger Joe Biden hit back, saying Trump's use of the word "hoax" when discussing the virus was "absolutely dangerous." Democratic candidate Pete Buttigieg told NBC he was particularly disturbed to hear the word used because "our lives depend on the wisdom and the judgment of the president at a time like this."

But Trump defended his language and emphasized he was not referring to the virus as a hoax, saying that his description referred to "the action that they take to try and pin this on somebody because we've done such a good job."

As global markets plunged this week, Trump predicted they will come back, and encouraged the Federal Reserve to cut interest rates.

"The markets will all come back," he said. "I think the Fed has a very important role, especially psychological. If you look at it, the Fed has a massive impact."
Report a correction or typo
Related topics:
health & fitnesswashingtonoutbreakcoronaviruspresident donald trumpvirus
Copyright © 2021 KTRK-TV. All Rights Reserved.
CORONAVIRUS 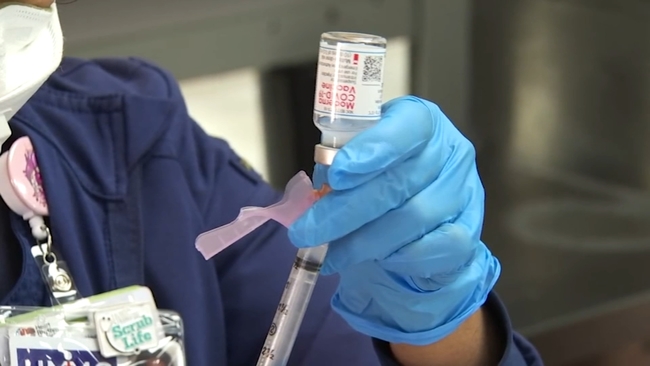 Appointments canceled as some counties wait on vaccine supply 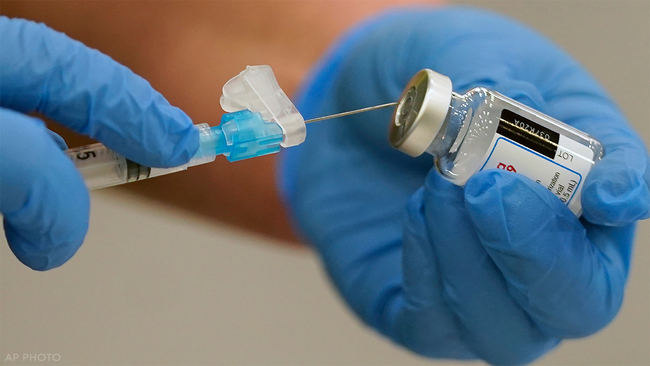 What's inside the COVID-19 vaccine and how does it work?