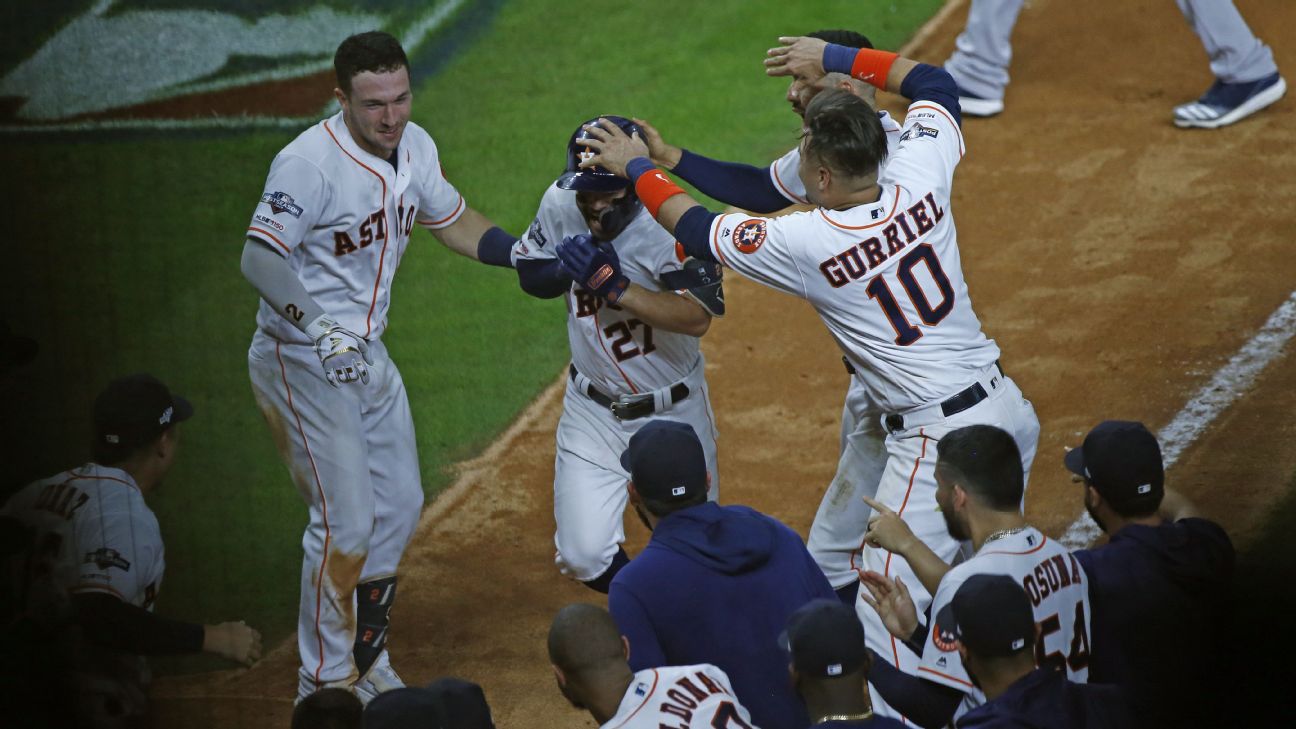 The Houston Astros' illegal use of technology fueled further speculation Thursday that the team's players took their methods a step further by wearing concealed devices that notified them of certain pitches.

In response, Major League Baseball said Thursday it "explored wearable devices during the investigation [of the Astros] but found no evidence to substantiate it."

An MLB official said the inquiry into wearable devices included the 2019 season.

MLB commissioner Rob Manfred issued a nine-page report Monday, the result of an investigation that found the Astros used technology to cheat during their World Series-winning 2017 season. AJ Hinch of Houston, Alex Cora of the Boston Red Sox and Carlos Beltran of the New York Mets all lost their managerial jobs in the wake of the report; Astros general manager Jeff Luhnow was also let go. Both Cora and Beltran were members of the Astros at the time and were implicated in Manfred's report.

On Wednesday, the matter of Astros players wearing electronic devices began with tweets stating that Jose Altuve and Alex Bregman "wore devices that buzzed" on the inside of their right shoulders, and that the devices were controlled by a video coordinator who presumably decoded signs by opposing catchers and relayed them to the batters.

Cincinnati Reds pitcher Trevor Bauer reacted Thursday, tweeting, "I've heard this from multiple parties too, for what it's worth..."

As he approaches home plate after his pennant-clinching homer, Altuve clearly and demonstrably tells his awaiting teammates not to yank off his jersey. When asked why during an on-field interview with Fox Sports, Altuve laughs and says, "I don't know. I'm too shy. Last time they did that, I got in trouble with my wife."

In response to speculation that he did not want his jersey removed because he was wearing an electronic device, Altuve released a statement through his agent, Scott Boras.

"I have never worn an electronic device in my performance as a major league player," the statement, which was reported by the New York Post, read.

According to Manfred's report, the Astros used two illegal technological methods to steal signs throughout the 2017 season and part of the 2018 season -- relaying information to runners on second base after decoding signs from the video replay room; and using a live feed from a center-field camera and then banging on a trash can to signal certain pitches.

The report made no mention of wearable devices and said "the investigation revealed no violations of the policy by the Astros in the 2019 season or 2019 Postseason."

"Other than described above," the statement read, "the investigation did not reveal any other scheme or method utilized by the Astros to decode an opposing Club's signs from 2016 to the present."

In addition to a one-year suspension for Hinch and Luhnow, MLB also fined the Astros $5 million and stripped them of four picks -- one in each of the first two rounds in the next two drafts. The following day, in anticipation of further punishment, the Red Sox fired Cora. Cora was the Astros' bench coach during their 2017 championship season.

And on Thursday, the Mets and Beltran -- who, like Cora, was described as a central figure in the report -- mutually agreed to part ways. Beltran played for the 2017 Astros and is the only player mentioned in MLB's report. 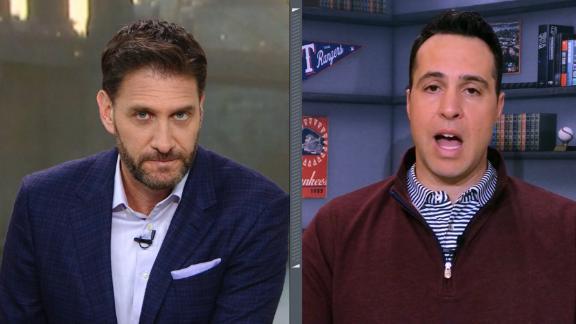 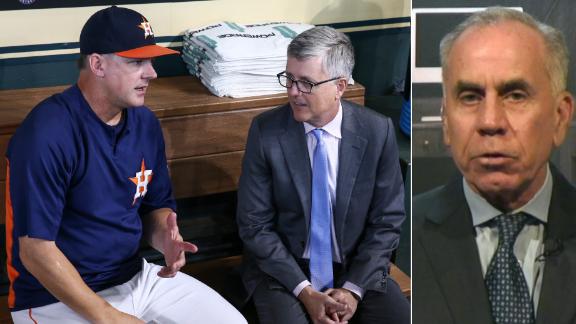