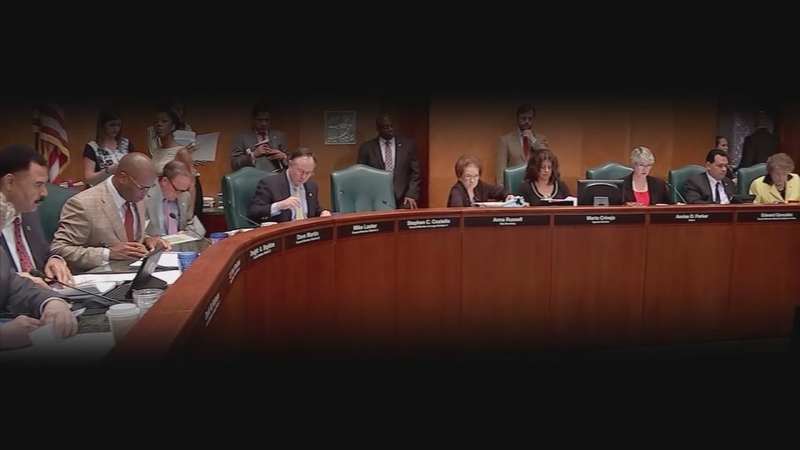 But the aftermath of the vote was anything but cozy. A partner in a winning bid was charged with misdemeanor assault for allegedly shoving Joshua Sanders, a lobbyist for a competing deal.

The accused, City Hall lobbyist Cindy Clifford, said little of the incident as she rushed from city hall after winning the airport deal that could mean $500 million in sales for her and her team, many of whom are city insiders.

"Silly, silly," she said when asked by Ted Oberg Investigates about her allegedly shoving Sanders in a back hallway. "I don't want to talk to anybody."

Sanders said a witness "saw Mrs. Clifford approach, threaten, and then shove me."

"It's never OK to put unwelcome hands on anyone, and I encourage everyone to stand up against bullying, regardless of their gender, age, or beliefs," Sanders said in a statement.

"These are big-money contracts and are hotly contested," Parker said. "There are a lot of lobbyists in the room and I'm sure passions ran high. If there was an incident, it was dealt with appropriately."

The winners on Wednesday were mostly big, national companies that partnered with well-connected local firms, such as Clifford's.

An example of the hobnobbing is Clifford having her November birthday party at the mayor's Montrose home two days before the airport bids were due.

At the party, at least three City Council members who would cast their votes on the airport deal socialized with Clifford at the party she threw for herself on her own dime at the mayor's house. One of the guests was World Duty Free CEO Padraig Drennan, who, along with Clifford, secured a lucrative airport retail contract that City Council approved Wednesday.

Clifford has declined multiple requests from ABC-13 to discuss the party. Parker answered questions about it Wednesday after the council vote.

"It was her birthday," Parker said. "I've known Cindy Clifford a lot longer than I've been in public office. We've known each other for years prior to my election."

Parker even noted, "We were in a woman's stock club together way back."

Also in the wake of the ABC-13 report, members of council returned campaign contributions from lobbyists and contractors invested in the lucrative airport deal.

And on Wednesday, Councilman Jerry Davis announced he was returning $1,000 to Clifford's group, called the Houston 8. In addition, Councilman Michael Kubosh said he was canceling a fundraising event hosted in part by Clifford. It was scheduled for just hours after Wednesday's vote at a home in a tony Rice University neighborhood.

Kubosh and his wife were the guests of Clifford's team last month at a Las Vegas restaurant. Kubosh said said he would paid back the costs of that dinner after it was reported by ABC-13.

Kubosh voted against all the airport deals Wednesday.

The airport contracts were hotly debated for hours Wednesday, with council members complaining about the lack of transparency in the process and a perceived lack of fairness.

"Transparency is what the issue is," Councilwoman Brenda Stardig said during the debate. "We have no concrete information to move forward on."

Councilman Dwight Boykins said he thought City Hall held too much sway over the airport employees who judged the bids.

"Let's get a clean process," he said.

Their concerns did not sway a majority of council. A motion made by Councilman Oliver Pennington to rebid the contracts failed by a 6-9 vote.

One smaller contract for retail concessions was delayed, but the items passed.

"The process was not flawed, and it was not in any way inappropriate," Parker said.