Company behind Timberland, the North Face to boycott Brazilian leather 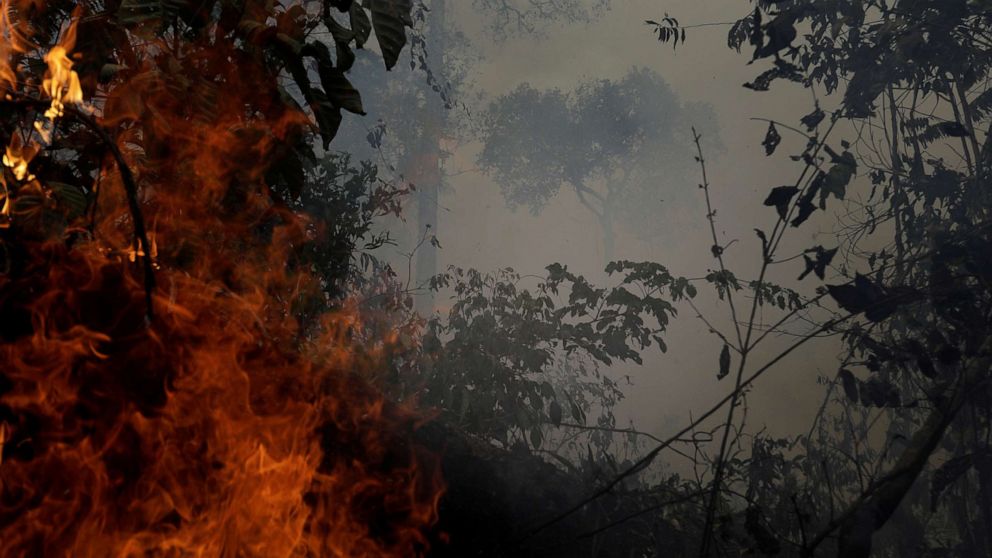 London -- The U.S company behind such brands as Timberland, the North Face, Vans and JanSport has announced it will no longer source leather from Brazil due to environmental concerns.

Massive fires in the Amazon have brought global attention to how the country's leather, beef and soy exports may help contribute to the destruction of one of the world's most important ecosystems. Brazil exported $1.4 billion in leather products in 2018, with most of it going to the United States, China and Italy, according to the Centre for the Brazilian Tanning Industry.

The U.S. company, the VF Corporation, told ABC News it can no longer be sure that leather producers in Brazil are complying with the company's responsible sourcing requirements.

"VF Corporation and our brands have decided to no longer directly source leather and hides from Brazil for our international businesses until we have the confidence and assurance that the materials used in our products do not contribute to environmental harm in the country," the company said.

Brazilian President Jair Bolsanaro said in a statement on Twitter that the report was inaccurate and that all of the group of brands had not, in fact, cancelled their deals with Brazil. He did not, however, explain why the company would have made the announcement.

Fires in the Brazilian Amazon from Jan 1 to Aug 20 increased by 84% compared to the same period in 2018, according to data from the National Institute for Space Research (INPE), which used satellites to collect its research.

Bolsanaro, who took office earlier this year on a staunchly pro-business platform, has faced searing criticism from foreign leaders and conservation groups for his handling of the fires and for the increase in deforestation that has happened under his watch. Late last year, Bolsonaro pushed for Brazil to withdraw its offer to host the United Nations' climate conference.

Defense Minister Fernando Azevedo e Silva, told local reporters on Monday that the situation in Brazil was under control.

However, Brazilian forest engineer and anti-deforestation activist Tasso Azevedo wrote in an op-ed for O Globo that the worst is yet to come.