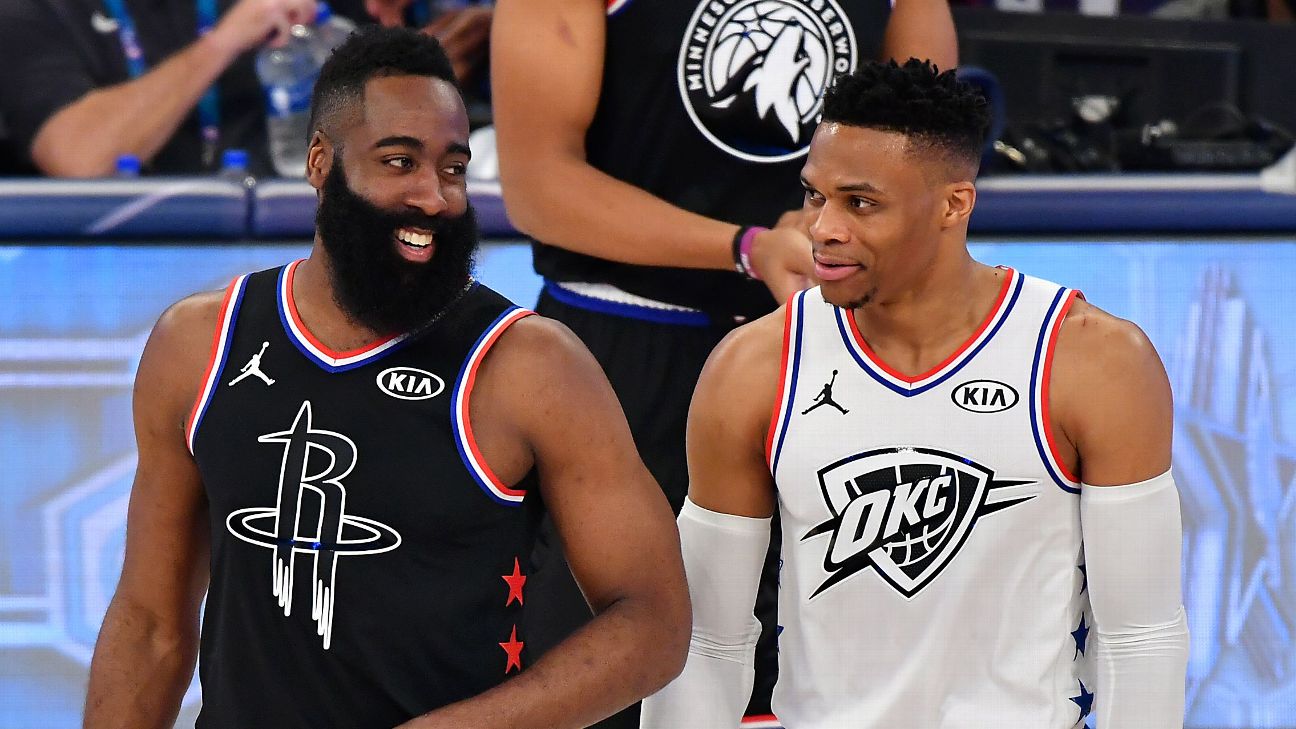 It's official: Russell Westbrook is now a member of the Houston Rockets.

The long-reported deal that has the Rockets acquiring Westbrook from the Oklahoma City Thunder in exchange for Chris Paul, two future first-round picks (2024 and 2026) and the rights to two first-round swaps (2021 and 2025) was announced by both teams Tuesday evening.

"Russell Westbrook is the most important player in the brief history of the Oklahoma City Thunder," OKC general manager Sam Presti said in a statement. "He has left an indelible mark on this team, city and state. None of us could have anticipated the player he has become, and we are all deeply proud of what he has contributed to the success of the franchise and to our community. Russell and his wife Nina, their three children, his brother and his parents will always remain part of the Thunder family. We wish them nothing but happiness and success in the future."

Westbrook was originally selected by the Seattle SuperSonics fourth overall in 2008, but never played a game for the Sonics. The team relocated to Oklahoma City just weeks after Westbrook was drafted and he spent the first 11 seasons of his career with the Thunder, winning the MVP in 2017.

"I have a great deal of respect for Russell and there is no way to adequately describe our appreciation for what he has meant to Oklahomans," Thunder chairman Clay Bennett said. "His legacy here is immense, and he will be honored by the team for all he has done. We wish he and Nina and their family all the best. While this era of Thunder basketball now comes to an end, I'm confident our talented team of people will once again position the Thunder for success in the future."

Westbrook's mark on the franchise was felt most significantly in the wake of Kevin Durant's departure to the Warriors in 2016. With speculation growing that Westbrook would likely be traded, he instead signed an extension with the Thunder, and then re-upped again the following year for a five-year, maximum contract deal -- at the time the richest contract in NBA history.

But after Paul George requested a trade and was dealt to the Clippers on July 6, Westbrook and the Thunder intensified discussions about his future with the franchise, which resulted in both parties agreeing that a trade was the best outcome.

"We recently had conversations with Russell about the team, his career, and how he sees the future," Presti said in Tuesday's statement. "Through those conversations we came to the understanding that looking at some alternative situations would be something that made sense for him. As a result, and due to his history with the Thunder, we worked together to accommodate this. Our ability to have these types of conversations and work so closely with Russell and his agent Thad Foucher is only possible because of the depth of the relationship that has been built over the last 11 years."

Westbrook is one of just 10 players in NBA history to record 15,000 points, 5,000 rebounds and 5,000 assists with a single franchise. Seven of them are in the Hall of Fame; the other two are Kobe Bryant and LeBron James.

During his 11 seasons with the Thunder, Westbrook appeared in 821 games (804 starts) and averaged 23.0 points, 8.4 assists, 7.0 rebounds and 1.76 steals in 34.5 minutes per game. He was named to eight All-Star teams and is the only player in NBA history to lead the league in scoring and assists in multiple seasons.

The Thunder add Paul, but as ESPN has reported, he is working with his representatives to redirect him to another team. The Miami Heat have been prominent in those conversations. As they survey available trade scenarios, however, the Thunder are moving forward with the mindset that Paul will be on the team to begin next season.

Paul, a nine-time All-Star, played in Oklahoma City for two seasons, 2005-06 and 2006-07, as New Orleans dealt with the aftermath of Hurricane Katrina.

"Getting a player of Chris' caliber gives us another experienced playmaker and leader, while the additional draft picks continue to allow us to further commit to the long-term vision that we are embarking on for the Thunder," Presti said. "We welcome Chris back to Oklahoma City where as a member of the Hornets he helped to pave the way for the Thunder's arrival in OKC." 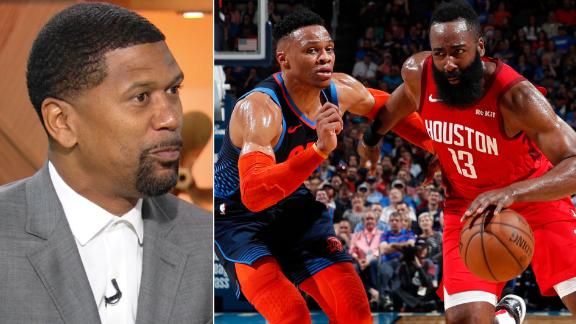 Jalen: Harden can't treat Westbrook like CP3
Jalen Rose is confident James Harden and Russell Westbrook can coexist again and have a successful season with the Rockets. 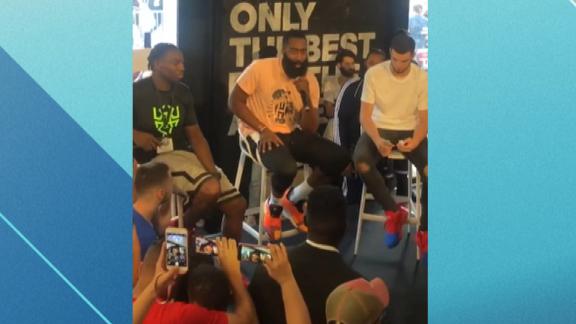