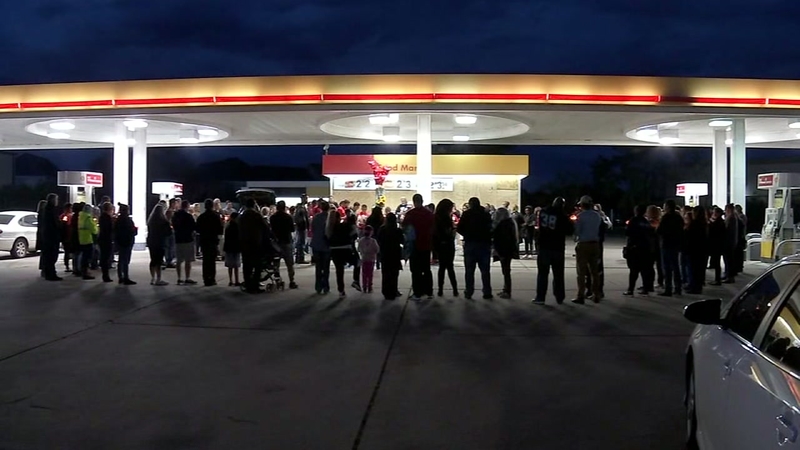 Famliy and friends gather to remember Donna Pena, a clerk who was shot and killed.

HOUSTON, Texas (KTRK) -- The family of a woman murdered while working at a gas station in northwest Harris County is asking for the public's help to catch her killers.

In their first interviews since the murder a week ago, Donna Pena's sisters and mother say they "want justice."

"She had so much love. Look at all the people here right now," Pena's sister, Kenia Hamilton, told ABC13.

A big crowd gathered at the now-closed Shell gas station on Perry Road and FM 1960 Friday night. With candles and balloons, they shared stories and comforted each other. Pena, a mother of two children, was working to make extra money as she switched careers. She was filling in at the store, her family said, when she was killed.

Pena was shot to death during a robbery. Harris County homicide investigators released surveillance video of the killers. They believe they're part of a dangerous crew tied to multiple violent crimes.

"I know somebody knows something. Somebody has to know these people. Even if it's to call in for a tip, I just want justice for my sister. She didn't deserve this," Diana Garrett, Pena's twin sister said.