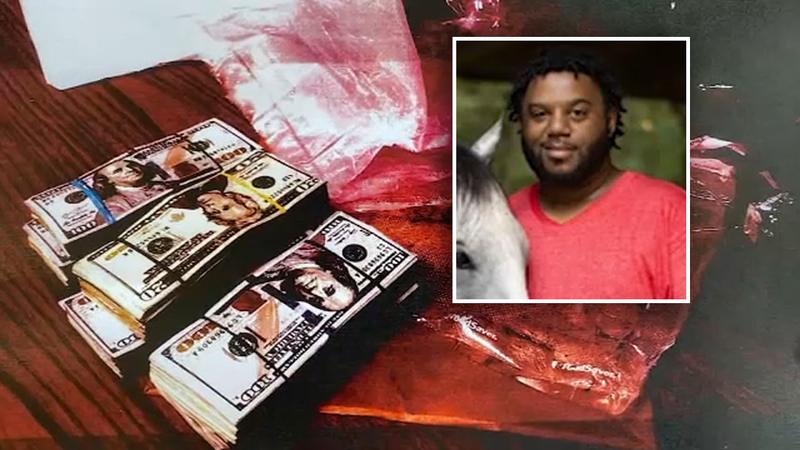 HOUSTON, Texas (KTRK) -- A Mississippi man is currently fighting to get back the $41,680 he says Harris County took from him without merit.

In May 2019, Ameal Woods was driving on I-10 outside of Houston when Harris County Sheriff's Office deputies pulled him over for following the vehicle in front of him at an unsafe distance.

According to an affidavit from a deputy involved in the stop, they attempted to let Woods go with a warning, but he started to act nervous.

With Woods' permission, deputies searched his vehicle and found the money he is currently seeking back.

Woods did not face any criminal charges, but authorities believed the money found was going to be used for a drug deal.

"His life savings is his life savings," said Arif Panju of The Institute for Justice, the organization that is representing Woods. "It's incumbent upon the state to have an actual crime they think he's committed."

The district attorney's office feels otherwise, saying Chapter 59 of the Texas Code of Criminal Procedure allowed them to treat the money as contraband since it had hallmarks of bills being earmarked for drug purchases.

"You don't have to have criminal charges filed against you," said Beavers. "Thank God he didn't get to the actual drug deal."

Additionally, affidavits from deputies working the case say Woods admitted to having connections with a drug dealer in Mississippi before leaving for Houston.

"We have proof that he told officers that a known drug dealer paid him to come to Houston to buy the dope," Beavers explained. "That is drug money that the officer had every right to seize to prevent that drug deal from happening."

Panju, based out of Washington D.C., says affidavits like the ones being used by the DA's office are being rehashed as a way for the county to make money.

"In this country, you need to allege what crime and why you're holding money when you're not arresting people," Panju said. "Cash is not a crime, yet that's all they have right now."

ABC13 reached out to Houston attorney Stephen Aslett, who isn't involved in this case, to analyze the situation.

While it's an unpopular law that he could ultimately see being changed through courts or legislation, Harris County did have enough evidence to seize the money from Woods legally, Aslett said.

The Institute for Justice has filed a civil suit and a class-action lawsuit related to this case.