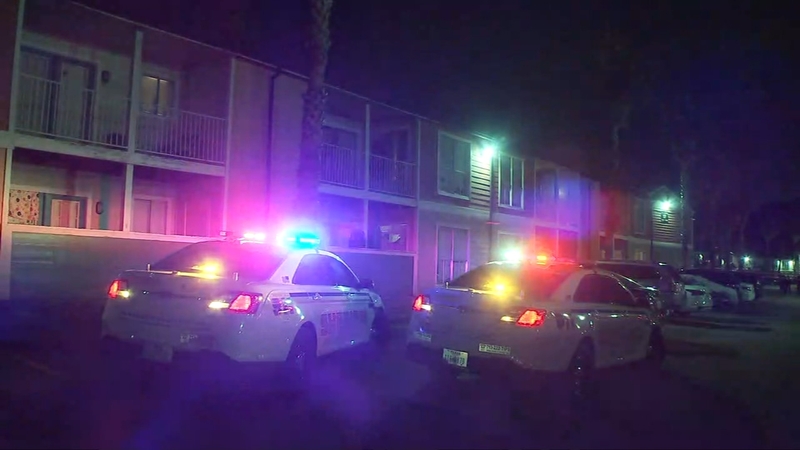 HOUSTON, Texas (KTRK) -- A 4-year-old girl was injured and a man is dead after a shooting at an apartment complex in north Harris County.

The shooting happened in the 900 block of Cypress Station Drive around 7:19 p.m. on Monday.

The child was hit by a stray bullet and rushed to the hospital. In a tweet Tuesday morning, Harris County Sheriff Ed Gonzalez said the girl was listed in stable condition with serious injuries.

Update to shooting at Cypress Station (Palms at Cypress Station Apts): the child is currently listed in stable condition, with serious injuries. The early investigation has revealed that multiple persons discharged numerous rounds from firearms during this incident. Follow-up https://t.co/VvLH0I6ydr

"It appears the little girl was a totally innocent bystander in a separate vehicle at the time when shots rang out," said Gonzalez.

The sheriff said several cars were shot, though no other injuries were reported.

"It looks like somebody just sprayed a lot of bullets towards that adult male," Gonzalez said.

Gonzalez said an early investigation revealed that there were multiple shooters who discharged numerous rounds.

The suspects remain on the run, and Gonzalez is urging the public to come forward with any information that may help the investigation.

"We don't need people like this running around our streets creating this kind of violence," said the sheriff. "So, we really need the public to call in."