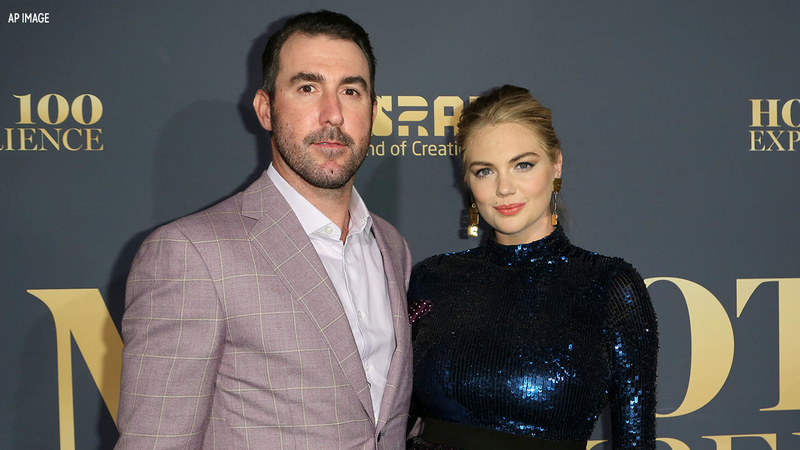 "She was instrumental in me not ... like, jumping off a bridge," Verlander told Bleacher Report. "I was depressed and kind of just upset at the world and trying to hide my own s---."

It was 2014, and Verlander thought his career was over. Pitching for the Detroit Tigers, his ERA was up and win totals were way down, and he had given up more runs than any pitcher in the American League. In August, a Tigers coach pulled him aside and told him to get an MRI.

Verlander, then 31, stopped on some stairs and cried.

"I really thought it was the end," he said.

Verlander had been dating Upton for two years at that point. He says that as a model who had lived her life in the public eye, Upton understood the pressure of stardom and the cruelty of critics. She also knew all about physical issues that can derail a career.

"She obviously had dealt with more than me in her life," Verlander says. "I mean, being a woman? Being in that industry? Being that famous? That was a level I hadn't dealt with."

Upton helped him realize, he said, that he needed help, physically and emotionally.

"I don't like to talk to people about being hurt. As athletes, you're not supposed to. It's an excuse. ... But she was someone I could talk to. I mean, basically a therapist," Verlander said.

Verlander says he started seeing a physical therapist who helped him rehabilitate a body that was wearing out. Verlander worked with the therapist to change how he pitched. By 2016, Verlander was completely back. He was traded to the Astros last August.