Homophobia may be factor in 10-year-old's murder: Officials 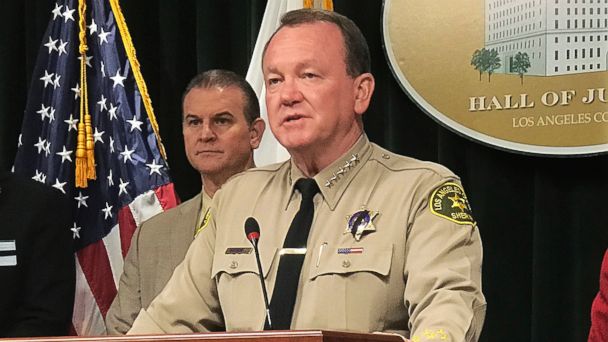 Authorities in Southern California arrested a mother's boyfriend after her child was found dead last week under suspicious circumstances, and they are now looking into whether the boy's acknowledgement that he was gay played a role in his death after a long history of child abuse.

Deputies from the Lancaster, California, station of the Los Angeles County Sheriff's Department responded to find the 10-year-old boy unconscious in his home on June 20 and rushed him to the hospital, where he died the following day. Family members in the home said the boy, Anthony Avalos, was injured in a fall, according to the sheriff's department.

A further interview on Wednesday with the mother's boyfriend Kareem Leiva, 32, led to his arrest, the sheriff's department said.

"During the course of their interview, Suspect Leiva made statements that led investigators to arrest him for the murder of Anthony Avalos," said a statement from the L.A. County Sheriff's Department.

Leiva has yet to be charged as he receives medical treatment, the sheriff's department said, but he will be held on $2 million bond.

Director of the Department of Child and Family Services Bobby Cagle told Los Angeles ABC station KABC that they are investigating whether homophobia from Leiva played a role in the boy's death. The Los Angeles Times reported Brandon Nichols, deputy director of DCFS, said in an interview Monday that Avalos "said he liked boys," though when this occurred was not specified.

"One of the things that we have heard is that there may have been a motivation on the part of the man in the household regarding to the sexuality of the child, and so we're looking into that in a very deep way," Cagle told KABC. "Of course, that was an alleged factor in the Gabriel Fernandez case, so that concerns us and so we're looking at that angle as well as many others."

The sheriff's department said Wednesday homophobia had not come up in its investigation.

Fernandez died in 2013 after sustained abuse by his mother and her boyfriend. She was convicted and sentenced to life in prison earlier this month, while her boyfriend, Isauro Aguirre, was given the death penalty in connection with the 8-year-old boy's death.

DCFS is also under fire after the agency reported they received at least 13 referrals for "possible physical, emotional and sexual abuse" of Avalos between February 2013 and April 2016.

"We know that the child had severe head injuries, including a brain bleed, contusions and bruises all over the body -- really horrific kinds of injuries to the child," Cagle told KABC.

McDonnell said in a press conference Wednesday those claims were "grossly overstated." However, McDonnell said there were "a number" of child abuse reports filed with DCFS, which had been investigated and "the dispositions varied on those" reports.

Heather Barron, Avalos' mother, has not been charged in connection with the boy's death.

The L.A. County Sheriff's Department said eight children -- ranging from 8 months old to 12 years old -- who lived in the family's home or "were associated with" the victim's family were taken into DCFS custody.