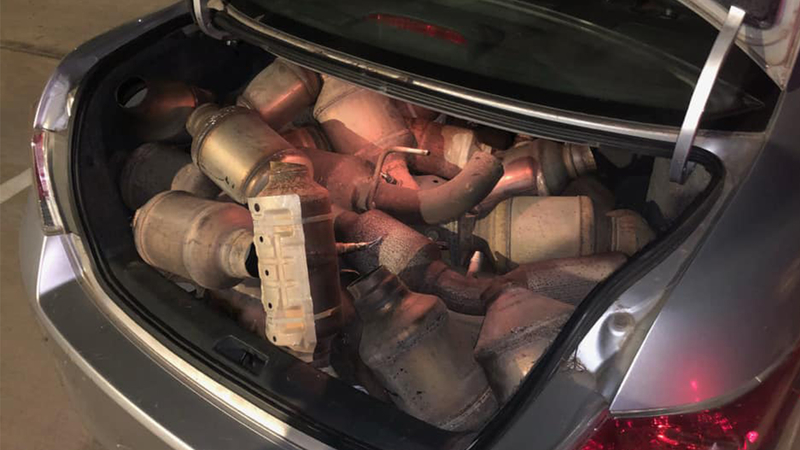 According to a Facebook post published by Gonzalez on Saturday, four people tried to get away from deputies during a traffic stop on Friday. When they were caught, he said deputies found 32 "fresh stolen" catalytic converters.

"Catalytic converter theft is a thing and it seems the problem is only getting worse," wrote Gonzalez. "Texas is a hot spot state."

The suspects allegedly used hacksaws to remove the car parts.

Catalytic converters are valuable and can be sold for $150 to $200 due to the copper inside and other valuable metals. It costs around $2,000 to replace a catalytic converter, which is required to control exhaust emissions from your vehicle.