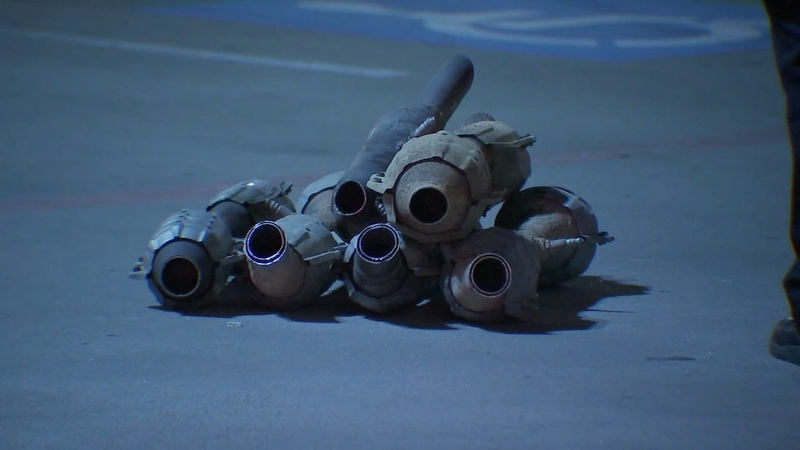 HOUSTON, Texas (KTRK) -- What started as a car parts theft led to a chase and crash involving three suspects on Houston's northeast side overnight.

The suspects allegedly used hacksaws to remove the car parts.

Someone at the apartment complex called the police, and the suspects were driving off as police showed up, officers say.

The chase ended at Wilson and the North Beltway around 3:45 a.m. when the driver crashed.

The three men ran off. According to HPD, one suspect hid in the bushes until a police dog found him and bit him.

Officers say all three suspects were arrested and will be charged with evading arrest, with additional charges pending for the thefts.

Police say they have seen a rise in calls about catalytic converter thefts.

"You see the calls drop all the time for that sort of crime," Lt. Mark Contreras said. "Citizens are calling, and apartment complexes, saying that there's people coming in to take them off their vehicles. So it's something we're always having to deal with out here."

Catalytic converters are valuable. They can be sold for $150 to $200 because there's copper inside and other valuable metals.

It costs around $2,000 to replace a catalytic converter, which is required to control exhaust emissions from your vehicle.