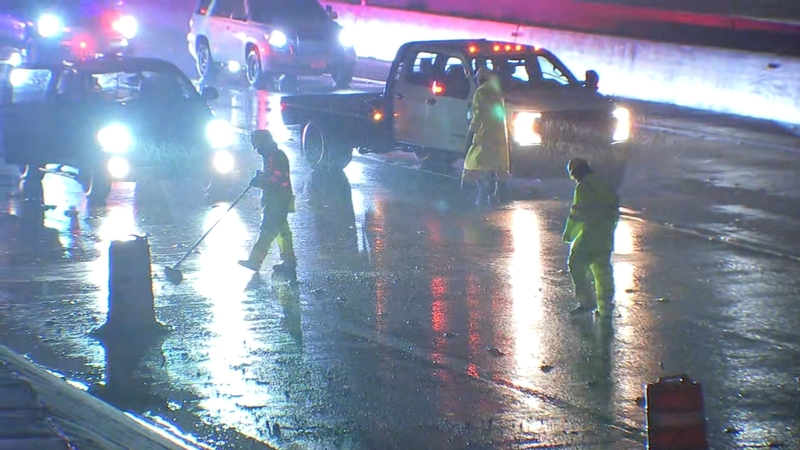 HOUSTON, Texas (KTRK) -- The northbound and southbound lanes of Highway 288 reopened Wednesday morning after taking on massive flooding due to Tropical Depression Beta.

Before reopening, Crews were seen in the southbound lanes at Holcombe clearing debris from the road.

⚠️CLEAN UP ON 288: Crews are now in the SB lanes of 288 at Holcombe getting debris out of the road. SB lanes are still closed & NB lanes appear to be open! https://t.co/OrMd2yMPeO pic.twitter.com/A3gmUK7b6p

The highway was blocked in both directions at Holly Hall beginning at just before sunrise Tuesday. Hours later, things didn't improve.

A look at the SB lanes of 288 at holly hall! What a MESS!! Several inches of water! Traffic is building!

Here comes the HPD high water vehicle! Watch as it rescued a driver stuck on the freeway for hours in rain that refuses to let up.

When officials initially closed the freeway, traffic was diverted from the area onto the side streets. For the remainder of the day, officers blocked ramps leading to Hwy 288.

The view from SkyDrone 13 video shows the flooding on Highway 288 after Tropical Storm Beta made landfall late Monday.