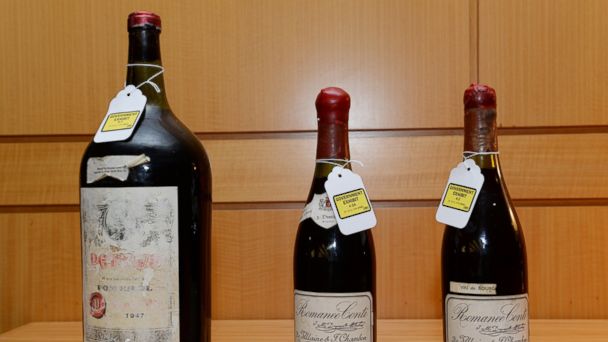 The forger who passed off wine he made in his kitchen as rare vintages worth millions of dollars was sentenced today to 10 years in prison for defrauding his ultra-wealthy customers.

Rudy Kurniawan, an Indonesian citizen living in the U.S., was featured in an ABC News investigation into the shadowy fake wine market two months ago.

In that report, billionaire wine collector Bill Koch, brother to the political powerhouse David Koch, admitted that he had been a "pigeon, sucker, whatever they call the mark" - duped into buying many of Kurniawan's fakes.

When Koch realized he had been tricked, he unleashed a team of lawyers and private detectives to expose the fakes - spending millions to go after the grifters. Koch was named today as one of seven main victims that prosecutors said Kurniawan swindled out of a total of $30 million.

By the time of the "20/20? report, Kurniawan had already been convicted of fraud and was awaiting sentencing.

Today Assistant U.S. Attorney Stanley Okula described Kurniawan as the "kingpin of counterfeiters," according to a report by The Associated Press.

In court, Kurniawan's attorney attempted to downplay his client's crimes.