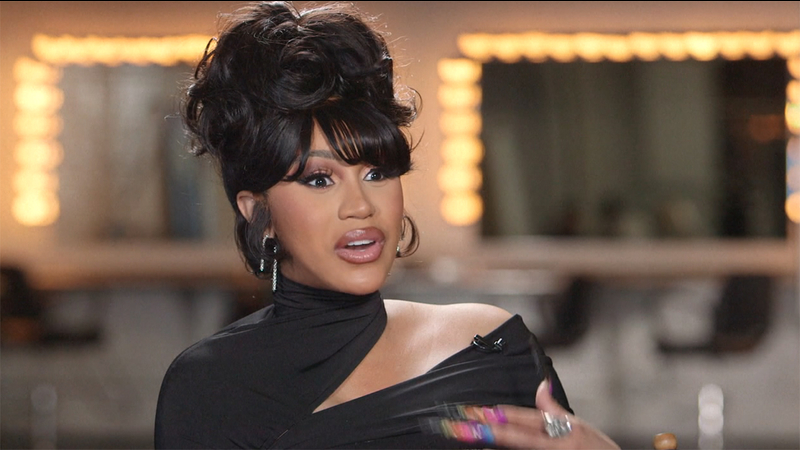 'I'm just gonna be myself': Host Cardi B talks AMAs

LOS ANGELES -- Machine Gun Kelly, JoJo Siwa and Brandy are among the Hollywood A-listers to reveal the winners at the 2021 American Music Awards on Sunday.

This year's fan-voted show, hosted by rapper Cardi B, will take place live from the Microsoft Theater in Los Angeles on Sunday, Nov. 21, at 8 p.m. ET/PT.

"Oh the pressure on me! They got a lot of pressure," Cardi B, a five-time American Music Award winner and 2018 performer, told "Good Morning America" Friday. "I mean, how can I excite the audience? Should I show my child? No, no, no, I'm now not gonna do that. I don't know, I'm just gonna be myself."

Swift, who currently holds the record for the most awarded artist in AMA history, could further extend her streak. She is nominated for three awards total, including favorite pop album for "evermore."

"Good Morning America" announces the 2021 AMA nominees for Artist of the Year and Favorite Trending Song on Thursday, Oct. 28.

The American Music Awards winners are determined entirely by fans. Nominees were derived from fan interactions like streaming, album sales, song sales and radio airplay between Sept. 25, 2020, and Sept. 23, 2021.

The night will also be filled with showstopping performances. BTS will take the stage with Coldplay for their first live performance of "My Universe."

Silk Sonic will make their #AMAs debut and open the show LIVE Sunday at 8|7c on ABC! 🎤🎵 https://t.co/F93nTZuqQO pic.twitter.com/j7J8nqQHLN

Here's what we know about other performances: