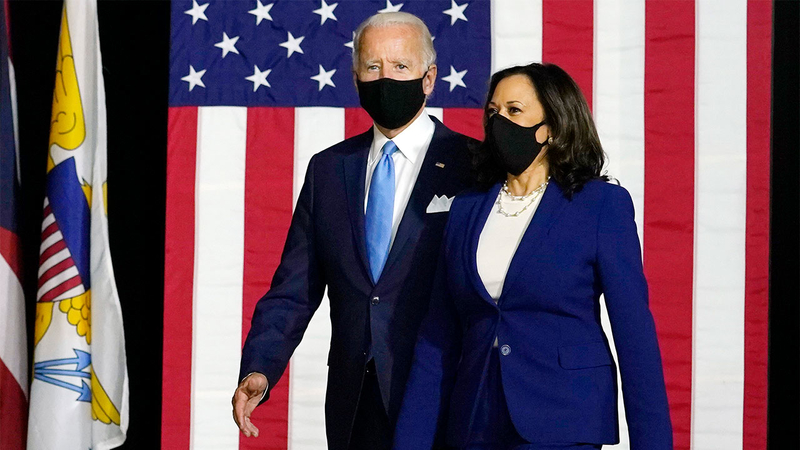 HOUSTON, Texas (KTRK) -- Like so much else this year, campaigning for the White House looks a bit different.

This week, the Joe Biden and Kamala Harris campaign is stumping for votes in Texas without either of the candidates stepping foot in the Lone Star State.

The campaign is actively connecting with voters and listening to their concerns ahead of election day.

Doug Emhoff, the husband of Vice Presidential nominee Kamala Harris, took a virtual tour of Texas Thursday and spoke with ABC13 about the 2020 race.

"The virtual is good because you can get so much more done in any given day," Emhoff said. "There is a lot more you can do. You can reach a lot more people. I think post COVID, this will still be happening."
During his Texas tour, Emhoff spoke with the owner of NadaMoo!, an Austin ice cream shop, about the challenges of running a business in the middle of a pandemic.

He also joined the kick-off for "Texas Women for Biden" with Amy O'Rourke, the wife of former El Paso Congressman Beto O'Rourke.

Emhoff pointed to O'Rourke's narrow loss to incumbent Senator Ted Cruz as an indicator that Texas is shifting from red to blue.

"You have got a whole bunch of younger people who are now coming of age," Emhoff said. "I think they're getting passionate about voting this time because they want to effect change."

Emhoff said he thinks Texas is ready to turn blue and believes the Biden-Harris message of empathy resonates with Texans.

"We've got a country where 200,000 of our fellow Americans, and more, have died," he said. "It's just callous. It's uncaring. This nation needs to grieve as well as move forward.

When asking about President Trump's comments on Wednesday, he said the president declined to commit to a peaceful transition of power if he lost the re-election bid.
"It's outrageous," he said. "It's anti-American, and I think you're already seeing the pushback to it. That's not who we are as a country."

Emhoff ended his virtual day in Texas by participating in a phone bank.

The latest aggregate polling has the race for Texas within the statistical margin of error, but with Trump holding a slim lead.

The President has made at least 17 trips to Texas since his election, the most recent being to Orange after Hurricane Laura.